Happy Medium Productions
In the vicious world of rock n’ roll, the third album can often make or break a band.  This is particularly true when
the debut album has made a big splash, and the second album has given off the faintest whiff of disappointment. With the third album, all eyes and ears are on a band to prove they’re not just a flash in the pan and they do have staying power.  Or as music journalist Dave Tomar once wrote, the third album is “the moment when you justify
your continued existence on this earth or accept your inevitable place on the slag-heap of burnouts, blow-ups,
​and also-rans.” 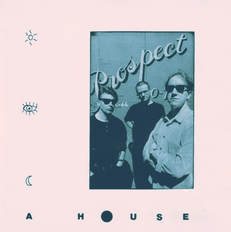 After A House released their first album, On Our Big Fat Merry Go-Round, they were promptly dropped by their label, Blanco-Y-Negro.  Following the release of their second album; I Want Too Much, and their failure to become Ireland’s next U2, they were unceremoniously cut loose by East-West Records.  Any other band would have called it quits, but instead, A House signed to Setanta Records and with the gifted guidance of musician/producer Edwyn Collins, they released their stunning third album. ​ 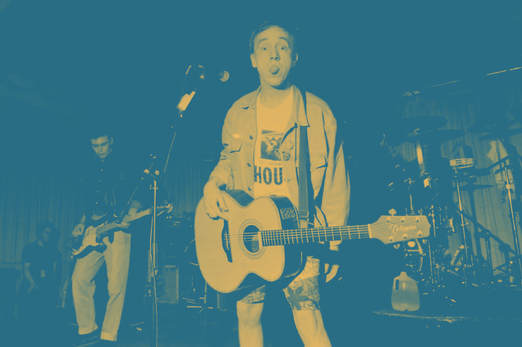 Dave Couse of A House
I am the Greatest is the confrontationally titled third album by A House.  It is a gutsy, self-confidant, and devilishly defiant collection of 15 perfect pop songs and 1 blistering musical manifesto. In light of the underwhelming apathy the band received for its first two releases, I am the Greatest is also a testimony to the perseverance of the human spirit and the redeeming power of music — delivered in a “maelstrom of angst” and inspirational insolence. Lead singer and song writer Dave Couse is at his sing-along cynical best, and the rest of the band provides a catchy cacophony of “melancholy ballads and caustic wild-edged rockers dripping with rage and frustration,” according to Q Magazine music journalist, Paul Davies.
This album by A House is a spectacular culmination of all the great music the band recorded prior — not just
a last-ditch effort to finally find an audience with an empathetic ear.  My dilemma, as always, is that I’m
hard-pressed to cherrypick just one song to showcase, so I’ve chosen a favorite tune; "Cotton Pickers," and
a calm tirade against the music industry and the disappearance of individuality; “I am the Greatest," for the
​Happy Medium Song(s) of the Day. (Please use the comments box to share your thoughts.) 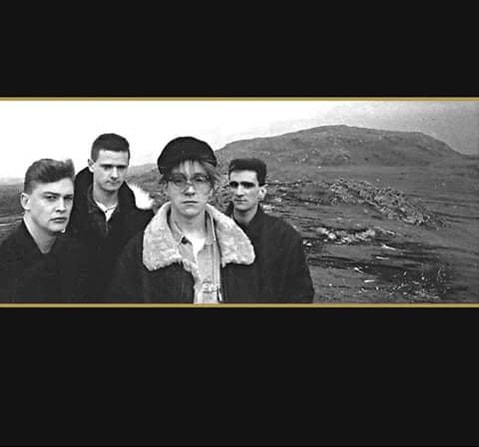