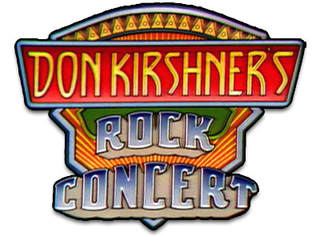 Most of my peers became acquainted with the music of The Rolling Stones listening to classics like Sticky Fingers, Let it Bleed, or Beggars Banquet. Not me. My first real encounter with the Stones came on September 27, 1973 when Don Kirshner premiered his syndicated rock and roll television show on ABC. Kirshner knew his series had to start off with a bang, and The Rolling Stones were just the band to help him do it, although I often wonder if he got more than he bargained for from that performance. I know I did, especially since not only did I watch it, but for reasons best known only to the mind inside my 13-year old head, I filmed it off the tv screen with a super-8 camera while recording the audio onto a cassette tape. ​ 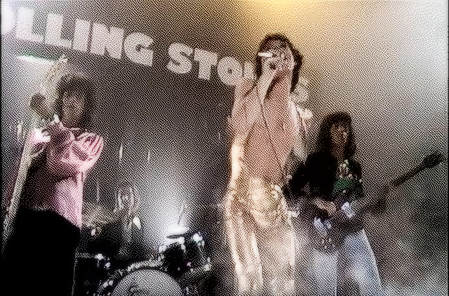 Rolling Stones on Don Kirshner’s Rock Concert
The band had just released Goat’s Head Soup, an album I’m sure most Stones purists were not expecting (or wanting) after the masterpiece Exile on Main Street. But I didn’t really know any better. I was familiar with the AM radio hits but that’s the extent of what I knew. So when the camera faded up on an extreme close up of Mick, all lips and tongue, gold fingernail polish and heavy blue eyeliner, I just assumed this was what the fuss was all about. Things got even stranger when the camera widened out to reveal Jagger prancing about in an outrageous gold outfit that would probably get him banned on ABC today. The rest of the band was almost completely obscured by smoke, but occasionally you could catch a glimpse of a bored-looking Bill Wyman and Charlie Watts shaking their heads and rolling their eyes at their lead singer’s over-the-top antics. Oh yeah, and Mick Taylor was wearing his fair share of makeup and what looks like a woman’s Easter bonnet. 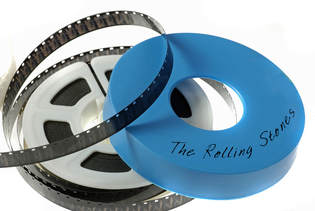 All visuals aside, it was the new song that had me hooked. A song that revisits an old friend the Stones were once pleased to meet and offer a little sympathy. A dark, brooding song with an underrated Keith Richards guitar riff, creepy lyrics and a catchy graveyard groove. “Dancing With Mr. D” (and “Angie,” the other song off the album that they premiered on tv that night) was my unabashed portal into the music of The Rolling Stones and its the Happy Medium Song of the Day’s second warm-up to Halloween. Paint it black you devil!

No, I don’t know whatever happened to those two reels of super-8 film…
(Please use the comments box to share your thoughts.)