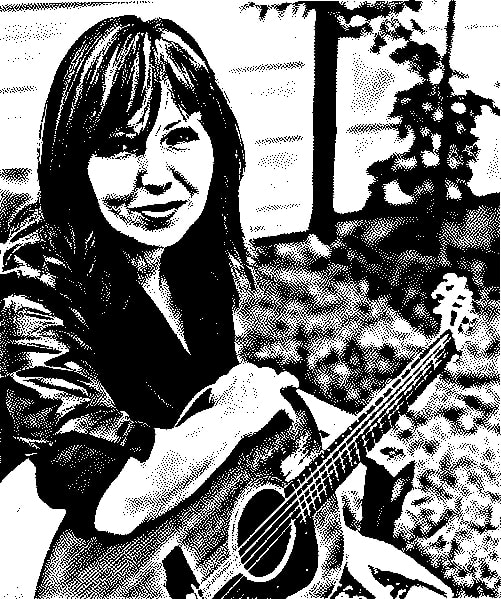 Amy Rigby
Last week when I saw Amy Rigby in concert I was hoping she'd play a particular song that's a favorite of mine. In fact, in anticipation that she would, I had it all lined up to be the Song of the Day. However, when Wreckless Eric turned up on stage as the surprise opening act, and Amy didn't do the song I hoped to hear, I couldn't resist paying tribute to the surprises that life and rock n' roll often seem to have in store.

By my count—shaky as it is--Wreckless Eric is 56 years old. (The guitar and amplifier he abused Friday night looked like they could have been twice as old).  In his heyday Eric often appeared wearing a leopard skin jacket and trousers. He had spiky hair and a wide, sloppy grin. He sang with a slurring Cockney accent, and it was debatable whether he could actually carry a tune although he could always carry a show thanks to his engaging sense of humor.  He landed a recording deal with Stiff Records where Nick Lowe produced (and apparently played most of the instruments on) his hit single: “Whole Wide World,” and at the height of his career he toured the world with fellow Stiff artists Ian Dury and Elvis Costello. Gone on Friday was the leopard skin ensemble and spiky hair — replaced by drab trousers and an equally drab t-shirt, and bristly, close-cropped hair. Also gone were his fellow Stiff tour-mates. What wasn't missing was music and a performance that embodied punk music's “amateurish sense of freedom.” Most people found Eric's songs and autobiographical stories endearing. Others thought the performance was too loud and too long. And a few people were outright pissed off and angry; storming out of the club and yelling as they departed. Ahh, I thought to myself, so music does still have the ability to truly illicit a reaction! Of course the more people objected to the volume, the louder it got. What the hell did they expect from an aging ex-punk? Gentle acoustic strumming and the voice of an angel? Ha! Save that for Amy and Marti — who, contrary to what their audience might have expected, had the balls to invite an aging ex-punk along on their tour. They knew what the audience was in for when they asked Eric to join them. They knew he was abrasive and funny and loud — a potential powder keg with a handful of hits in his back pocket that a few people might know or remember. They were well aware of the odd chemistry. Moreover, they stood by it —even integrated it into their show—because deep down, I think, they both believe in it and welcome whatever outcome it may produce.

It is exactly that belief that gets me back to one of my favorite Amy Rigby songs and today's Happy Medium Song of the Day: “Don't Ever Change” (off her excellent CD: Till the Wheels Fall Off) is so goddamned beautiful it practically makes me cry every time I listen to it — much the same way I want to cry every time I read the closing paragraphs of “The Dead” by James Joyce. Both take striking images of mundane simplicity like chipped nail polish or a petticoat string dangling to the floor in a candle-lit hotel room and elevate them above and beyond the ordinary to something truly beautiful and almost breath-taking. Indeed, it's in this recognition of the innate beauty of common, ordinary things that acceptance and love is found. See— I mean, hear for yourself:
(Please use the comments box to share your thoughts.)