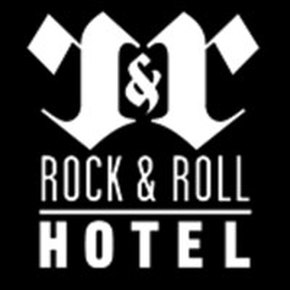 ﻿Last Tuesday Andy and I went on a little rock n’ roll adventure. We journeyed to the northeast side of downtown DC for a concert at the Rock & Roll Hotel. I say adventure because I had never been to the club before, and the neighborhood where it’s located — at least by night — is a little unsavory. But hey, rock n’ roll is all about danger, right? So what’s wrong with a few extra police cruisers and yawning alleyways with shadowy figures huddled in them? When we turned off of 13th NE onto H street you could hear a whisper of Morricone’s theme music from The Good, The Bad, and The Ugly in the air and almost see a tumbleweed or two blowing across the road. The club was easy to spot because the only sign of life on the street was standing in front of it — ironically smoking cigarettes— or walking toward it at a quick pace to get off the street. My lucky parking karma from the days of the old 9:30 Club at 9th and F was still with me because after we circled the block a second time, a spot right on H opened up just a few feet down from the club entrance. Nice Kojak.

After the bouncer at the door decorated the back of Andy’s hands with two thick, black X’s — warning any bartender within a five mile radius not to serve him alcohol — we entered the club. The Rock & Roll Hotel is a throw-back to some of Washington’s clubs of yore. The concert area is on the main floor and it’s small and rectangular. The stage is raised, tiny and cramped. The feeling is intimate and sweaty and, I imagine for the band, slightly claustrophobic. The stage lights are subdued and either on or off in various shades of red— no computerized synchronization blasting laser beams into the audience’s eyes. You can walk from the front door to the front of the stage in about 15 seconds. Swivel around and you’re standing at the bar. Mirrors on one wall make the downstairs look bigger than it’s actual size. Upstairs is a whole different world. You can’t watch the show from upstairs, but you can sit at a second, bigger bar or lounge in wide open hotel rooms furnished with overstuffed, used furniture. They’re comfy and you can carry on a conversation over a drink without having to yell. I suspect that, like this web page, the Rock & Roll Hotel is a work in progress and it’s only a matter of time before the upstairs is fully renovated and furnished. In the meantime, as a venue, I think the club is an excellent place to hear some bands who have yet to make the leap to the bigger stages in town… or in the case of last Tuesday, an amazing opportunity to hear one of the best American bands around, up close and personal. 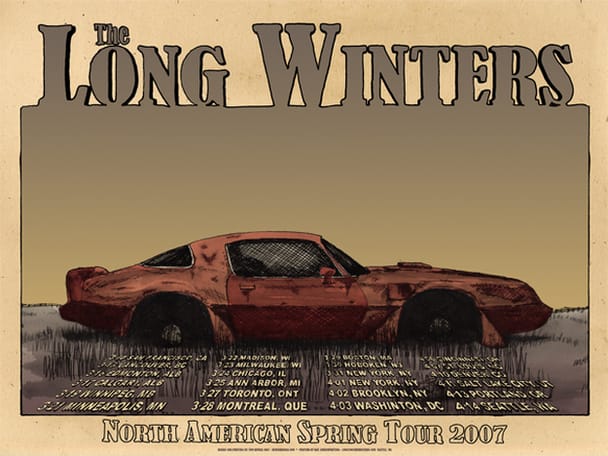 How and why fame and fortune continues to elude The Long Winters is an absolute honest-to-God mystery to me. They are quirky, energetic, catchy, funny, eager to please, with intelligent song writing, wit, beautiful harmonies, and solid musicianship… (oh wait, have I just answered my own question?) And yet, even as their CD’s get better and better, the stages for their live performance, at least in DC, keep getting smaller and smaller. Tuesday night there was barely room for the four band members and two sets of keyboards. C’mon, these guys have paid their dues. They have proven themselves to be a professional act with each release and every performance. The show last Tuesday was heartfelt, fun and wildly entertaining. It delivered the goods. 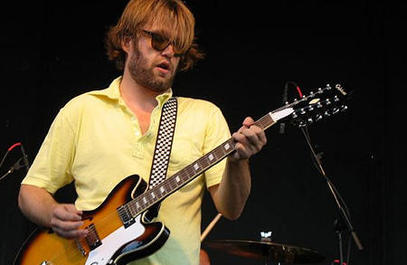 John Roderick of The Long Winters
﻿Looking frighteningly more and more like Philip Seymour Hoffman circa Boogie Nights, lead man John Roderick is clearly on stage doing the one thing he loves doing the most. And that sort of demeanor just washes over an audience and pulls them right in. Roderick has endearingly assimilated pushing his thick-rimmed glasses up the bridge of his nose into his guitar strum — a necessity given the amount of exuberant bouncing around he does on stage. Next to him, Eric Corson plays bass, and provides both the straight man for Roderick’s barbed wit, and lovely harmonies to his obtuse and beautifully poetic lyrics about car parts, teaspoons and skin like cinnamon.

If I were a kid, this would be the band whose music I’d be showing up with at everybody’s house and urging them to play. Immediately. Before they lose hope in success. Before they lose belief in their art. Before they run out of money. Before they run out of time. With 22 inches of snow on the ground in Ohio and unprecedented Opening Day weather delays, surely this is the year of the long winters. The Happy Medium Song of the Day is “Fire Island, AK” from the fantastic CD Putting the Days to Bed. It was hard to choose just one. Pick up the CD for yourself and you’ll hear why. And while you’re at it, check out Through With Love a documentary about The Long Winters currently in production.﻿﻿ (Please use the comments box to share your thoughts.)