Happy Medium Productions
To say “I have seen a lot of concerts in my day,” is probably a bit of an understatement, but there you have it. It's what I like to do. I know some people don't “get” the idea of a live show: it's too loud, it's too crowded, it's too smokey, it's too expensive, it's too much hassle, etc., and I don't disagree completely, I just pick and choose my shows judiciously, focus on the music, and try to ignore the distractions. I love going to concerts because no matter how great the band is on record, anything can happen live. Concerts are also great venues for experiencing the personality of the band as well as their music. How well do they handle fuck-ups? What do they know about performance? Does their talent extend beyond the studio? What do they look like? How do they dress? Are they having a good time when they play their music live in front of an audience. How much do they appreciate the people who have shelled out their hard-earned money to see them? Do they respect that fact? And so on. 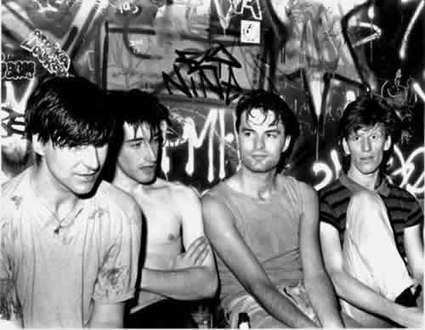 The Chameleon’s UK
The level of intensity in the room was truly palpable. It was a powder-keg. A time-bomb. It would end with blood or it would end with catharsis — but before the encore there was no telling which of the two it would be. I remember taking stock of my situation while the audience screamed and stomped for more after the band left the stage in a rising wall of feedback emanating from instruments that had been dropped to the floor as they stomped off.  We had been unwilling slam dancers in winter coats for the over 75 minutes and we were soaked in sweat. When the band finally took to the stage again, all four of them had stripped to the waist; their bony, pale northern English bodies were dripping as though they had just gotten back from a dip in the pool.  Sweat dripped from their bodies and flew from their hair when they shook it. All night long they had entertained the audience with music from their first two LP's — holding out on one song that they must have known would just whip the audience up into an absolute frenzy. And it did. The room of people shuddered back and forth in rhythm to the driving beat. The stacks of amplifiers of the stage swayed precariously — looking like they were about to topple into the audience at any moment. I looked at Paul and his eyes were wide. “Why had we brought him here to die?” 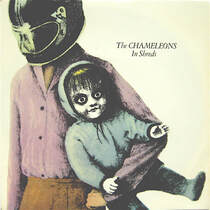 There's no way I can fully capture the intoxicatingly frightening atmosphere that loomed that night in the club, but every time I hear this song, some of it comes rushing back in a wave. Today's Happy Medium Song of the Day is a testament to the live concert going experience. It's called “In Shreds” and it's by The Chameleons UK.
(Please use the comments box to share your thoughts.)