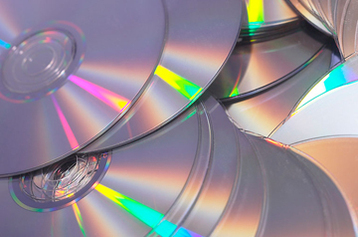 Slowly but surely I am replacing certain records in my collection with their digitally re-mastered counterparts. There's no real rhyme or reason to my progress, and no order of importance. Basically whenever I have a chance to swap a much-loved and well-worn piece of vinyl from my collection with a CD, I do. Some times it's easy. For instance, there was a time when the 10” Black Market Clash by The Clash was a very hot piece of vinyl. Now you can buy the CD—plus bonus tracks!—at Giant. I'm not kidding. Other times, keeping a wary eye out for that illusive digital re-issue can last forever. The first two albums by The Pogues fall into this category for me. I never owned The Pogues first release, Red Roses for Me because even on vinyl the record was only ever available as a very expensive import. I picked up the band’s second LP, Rum Sodomy & The Lash, at a used record store because I was intrigued by the depraved album cover send-up of the famous Géricault painting The Raft of the Medusa. Plus, any band compelled to cover the traditional Irish sing-along, “Sally MacLennane” and “The Band Played Waltzing Matilda” all on the same record was definitely worthy of my attention. The record was worn when I purchased it, and I quickly rounded down the grooves even more… eventually making it almost unplayable.

Fast forward to last Friday following three days of training downtown… After class, I stopped in one of my favorite record stores on my way to the metro. Olsson's Records has a nice tradition of setting aside a few slots in front of the regularly alphabetized stock for new releases and re-issues. Friday was a jackpot for me when I came across the entire Pogues catalog, reissued by Rhino Records, each CD containing an additional 5-6 tracks, for $10 each. Done and done. 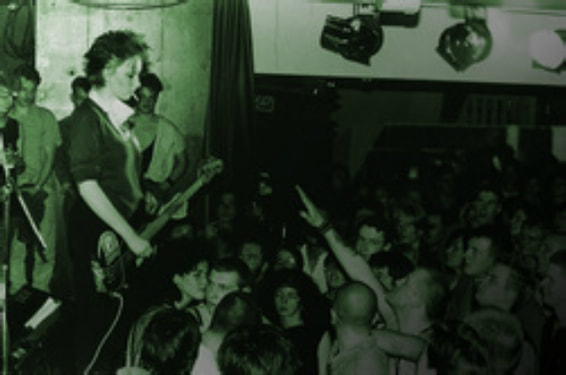 Caitlin O’Riordan entertains the crowd.
Now here's an interesting little story most people don't know… The band's original line-up included a female bass player named Caitlin O'Riordan. She left the band after her husband-to-be, Elvis Costello, produced the Pogues second album. Originally, Cait was to be the sweet female counterpoint to Shane McGowan's gravelly, whiskey soaked rasp on the Pogues “breakthrough” Christmas song “Fairytale of New York,” but she departed and Kirsty MacColl—the wife of the next album's producer, Steve Lilywhite—stepped in to help record what has now become a holiday classic. So, apart from backing vocals, the only opportunity to actually hear Caitlin O'Riordan sing with the Pogues is back on the second record where, oddly enough, she takes the lead vocals on the song “I'm a Man You Don't Meet Every Day.”

Choosing a favorite song by the Pogues is almost impossible for me. I love the poetic beauty and raucous clatter of even their worst tunes, but I'm enthralled by the boozy, impassioned, and unmistakably Irish sing-alongs for which they are famous. and I’m both intrigued and impressed by the talents of a young woman who adds perspective and dimension to that beer-soaked boys club from Dublin. That’s why the Happy Medium Song of the Day is “I'm a Man You Don't Meet Every Day,” performed by The Pogues and sung by Caitlin O'Riordan.
(Please use the comments box to share your thoughts.)