Happy Medium Productions
So Madonna makes the list twice, but no Joan Armatrading at all? I call “bullshit,” NPR! In the grand scheme of things there are so many valid reasons why Joan should have made the list, but personally, her absence—especially in light of some women appearing twice—is astounding.

Some music has the ability to transport you. Sometimes it transports you back to a physical place which can be as vast as a city like Paris, London, Dublin or… Cleveland. Sometimes it transports you back to a smaller place like the house you grew up in, the gas station where you spent your teenage years working, a dorm room or a first apartment. Sometimes music carries you back to a place in time: your childhood, your college years or your first years as a parent. Sometimes a song can carry you back to a particular state of mind: loneliness, loss, love, anxiety, or jubilation. Sometimes music takes you back to the venue where you saw it performed: The Cleveland Agora, Earls Court Arena, or Lucas Oil Field.
I first heard Joan Armatrading in the dorm room I shared at the University of Exeter in 1980 with a bloke from Cardiff, Wales. Pete Cook was a huge Armatrading fan and the small stack of vinyl that he had brought with him from home contained most of Joan’s records. When he added her 1981 release Walk Under Ladders to his collection, it seldom left our little close and play turntable. Joan’s music on that album was a bit of an anomaly; unlike anything I had ever heard before. It was a brilliant blurry mix of blues, rock, folk, afro-caribbean and reggae music wrapped together in a new wave sheen by ace producer Steve Lillywhite known for his work with U2, XTC and The Psychedelic Furs to name a few. This alien combination of sounds and rhythm, and lyrics rife with passion, intimacy, and astute observations about human nature and relationships creates an unforgettable album that shines on every song even after all these years. There were plenty of white punk bands back in the 80s who channeled their love for ska, reggae and dub into angular, squonky sounds of danceable aggression. The Clash, The Ruts, The Specials and even Stiff Little Fingers are a a few bands that come to mind. But Joan balances a smooth blend of reggae, rock and folk with heartfelt lyrics and a mature view of the world that is unique and sways more towards expressing a soulful understanding of the world then an agitated dissection of it.

Despite being nominated for a Grammy three times, and a Brit Award twice for Best Female vocalist, Joan has not been attached to a major label since 2003. Nevertheless she continues to perform and thrill a passionate and steadfast audience. Her influence on the world of music is indisputable and her absence from NPR’s list is inexcusable. That’s one of the many reasons why her song “I’m Lucky” is the Happy Medium Song of the Day.
(Please use the comments box to share your thoughts.) 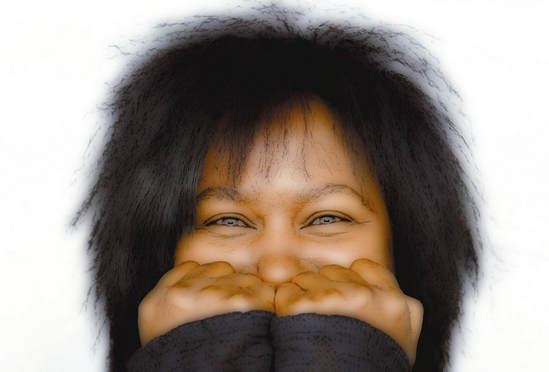