Happy Medium Productions
It’s been a long time since I penned a Happy Medium Song of the Day. February 14th, to be exact—one week before my brother Joe died at the OHSU Knight Cancer Institute in Portland, Oregon.
For weeks I tried to write something befitting my brother, but I just couldn’t find the words. Everything I composed felt trivial and self-centered. Writing about Joe seemed like a healthy and appropriate response to combat they way I felt, but I was stuck, and my creative derailment only seemed to make matters worse. Then one night I sat down to compose a long overdue letter to my dear friend Jim Hans. Jim was an extraordinary Kenyon professor whose erudition and friendship is still an influential part of my life 37 years after we both left Gambier, Ohio. I spoke to Jim on the phone the last week I was in Portland visiting my brother in the hospital, but I had yet to tell him nearly two months later that Joe had died. The outpouring of words I sent to Jim became the momentum for the memories I shared at the reception following my brother’s memorial service a few weeks ago. Those same words are the impetus for finally rebooting The Happy Medium Song of the day after a long hiatus that Joe would definitely tell me I was full of shit to blame him for.
The Irish have a saying: We live, we laugh, we love, we leave... 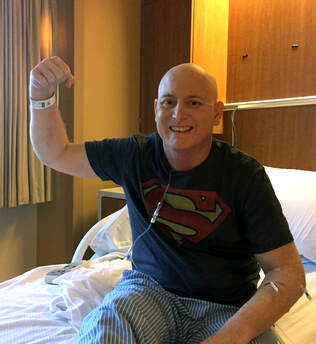 One thing is certain: everyone we love has a 100% chance of dying. My brother Joe died on February 21st after a rollercoaster ride of illness that began with a bleak diagnosis of acute myeloid leukemia back in August. He endured the promise of chemotherapy and a bone marrow transplant, but in the end, the unpredictable changes foisted upon his body by Graft vs Host Disease (a medical complication that occurs when a donor's immune system's white blood cells heartlessly reject the host), proved to be insurmountable. And even though Joe demonstrated remarkable courage and grace throughout his illness — sustained by his trademark sense of humor and sarcasm that we have all come to know and love — it’s the life he lived, not the suffering he endured, that has left an indelible impression on all of us, and calls for celebration.

Over much of our adult years, time and distance kept my brother and I apart — the way time and distance have a habit of doing. There was no animosity between us; no words spoken in anger that I wished I could take back… just, perhaps, a congenial disinterest in the details of each other’s very different lives. Of course that wasn’t always the case, and fortunately I have a montage of memories readily available to remind me. 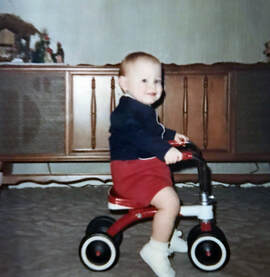 Joe was, without question, a beautiful baby. “His picture should be on the Gerber Baby food jar!” my mom used to say. With bright orange hair, a winsome smile and an eyebrow-raising vocabulary beyond his years, Joe was the regal toddler sitting in the grocery cart who could charm extra slices of fresh bologna from the butcher at Ianni’s Bi-Rite. Meanwhile, Maureen and I clung to the side of the metal cart as it rolled down the cereal aisle, hungrily eying the roll of meat in his grubby little hand, and wondering “just what good were freckles without the orange hair.” 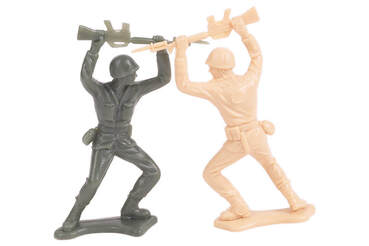 When he was little, Joe would entertain himself for hours with nothing more than a couple of plastic army guys, a Hot Wheels car, and some random Lego blocks. Mattel supplied the props and Joe provided the legendary, cartoon-like soundtrack of explosions, punches, gunshots, grunts and screeching tires. And it didn’t matter where he was: the back of the Ford Country Squire, the floor of the family room, a bathtub full of lukewarm water or sitting on the toilet where he was supposed to be potty training. Corky the plumber was called in on more than one occasion to unclog the toilet and extract a Matchbox car or a plastic infantryman or two. 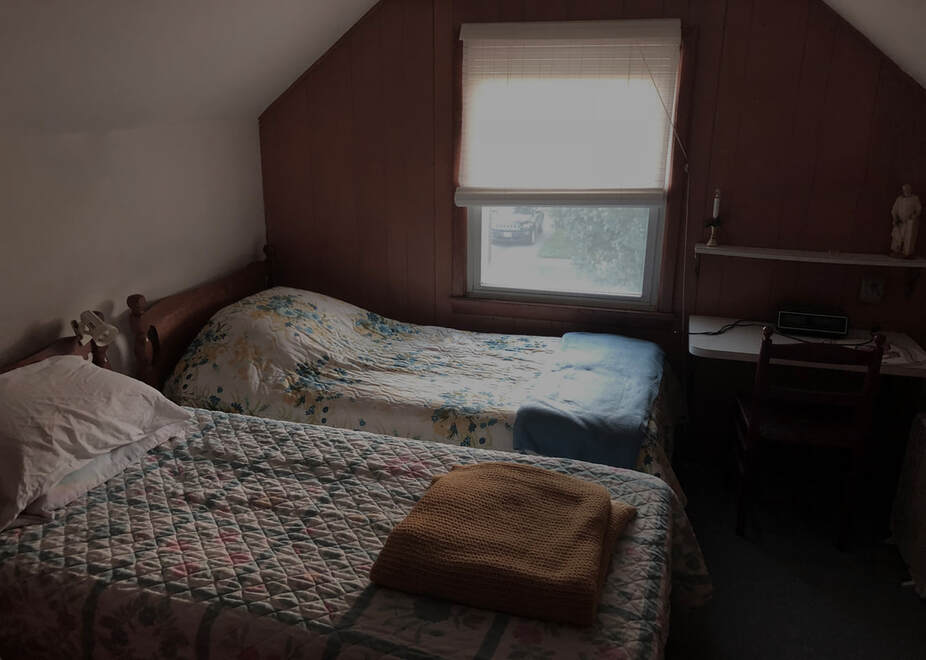 From the time Joe moved out of his crib on the first floor — to annex half my kingdom on the second floor — we amicably shared very close quarters until I left for college a decade later. He was a good room mate. He never objected to my nerdy habit of reading late into the night, or the incessant barrage of strange music pumping out of a pair of speakers five times too big for the room we occupied. He was even a good sport about the obnoxious game I devised that required him to identify three songs in a row — and the name of the bands performing them — before we could turn off the radio and go to sleep at night. Years later he would laugh and tell me this had been “good training.” His words, not mine.
Another one of my favorite stories involves Joe and a buddy returning home from a party one night and picking up a pizza along the way. Impatient to eat, whoever was in the passenger seat had the brilliant idea to hold the pizza out the window to cool it off quicker. The box picked up wind like a sail and in the blink of an eye, flew off into the night. The driver skidded to a stop on the side of the freeway so the passenger could sprint down the road to retrieve the wayward pie, which, of course, had landed upside down. What’s a little bit of road gravel when you’ve got the munchies, right Steve?
Before he moved to New York, Joe lived in Washington, DC for a while. I was freelancing as a sound recordist at the time, so I introduced him to people I worked with and soon they were hiring him on their film crews as a grip or a teleprompter operator or a production assistant. Everybody loved Joe. He worked hard, he was efficient, and he was funny as hell. For some strange reason he also appears topless in nearly every production still from the History of Madness series he worked on in England with me. 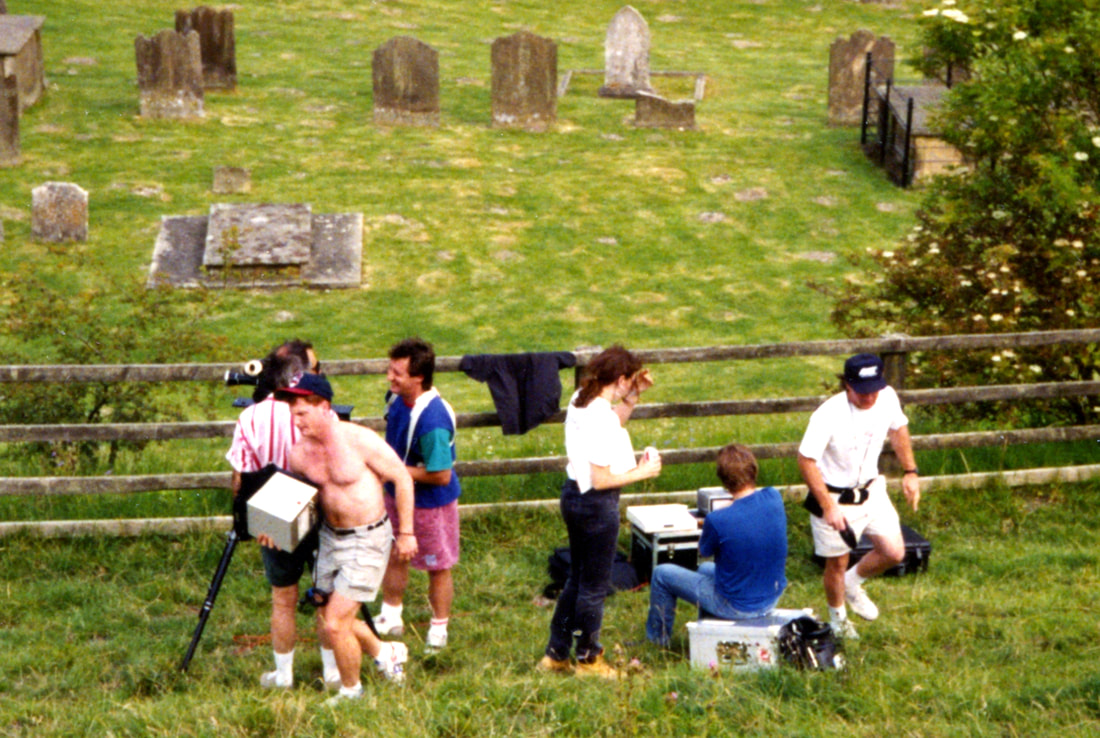 We live. We love. We laugh. We leave.
The last week I spent with my brother Joe was, under the circumstances, a good week for both of us. ​
I massaged his swollen feet, and apparently I did such a good job, he informed me “shit, now we have to get married.”

I nonchalantly assisted him with his colostomy bag as though it was something I had been doing all my life.

I tried to keep his spirits up while all around the doctors played medical whack-a-mole: addressing one symptom over here only to have some other confounding ailment pop up over there.

It was an emotional rollercoaster, yet somehow Joe continued to ride sitting in the front row of the first car with both hands raised defiantly in the air above his head.

His hair was gone, again, and he was moving a little slower, but he looked healthy. He still seemed strong.

He laughed at funny things, rolled his eyes at annoying things, and directed his wit and sarcasm at the stupid things.

He teased Lance, one of his nurses, about stealing his peanut butter sandwich — back in the days when he could eat.
My son Andy stopped by to visit… on his way to see a friend in San Diego. “The last time I checked Portland was not “on the way” to San Diego from Washington, DC,” Joe pointed that out after Andy left, and smiled.

Joe's son Connell flew in for a visit from Colorado, and pride filled the room.

In the middle of the last night, I heard Joe call to me for assistance. I got up to help empty whatever needed to be emptied. As I crouched down in front of him, he put his hand on my head and whispered, “I’m sorry, John.”
“Joe, you don’t have to apologize to me for anything,” I said.
“Yeah, I do,” he said. “I accidentally peed on the floor and you’re standing in it right now without your slippers."

On the Friday I was scheduled to fly back to DC, I quietly got up early and went down the hall to take a shower. When I got back, Joe had moved from his bed to his chair in the dawn-lit corner of the room.
“Why are you awake so early?” I whispered.
“I didn’t want you to leave without saying goodbye,” he said.
For the first time all week he seemed sad—even though I knew he was thrilled Maureen and Steve were arriving later that day.
“I would never do that,” I said.

I walked over to the chair and put my hands on his bald head. It was smooth and cool to the touch. I kissed it.
“You have a nice bald head,” I said. “I’m sure mine looks like a nobby, pink avocado, but yours is so smooth. It’s probably best that you’re the one who got cancer, not me.”
He laughed.
“You always were an asshole,” he said.
“Was I?” I asked as I zipped my suitcase shut.
“No,” he said. “Never to me.”
“I’ll call you when I get in,” I said, rolling towards the door.
“I’ll be asleep, and won’t answer when you do,” he joked.

The heavy door clicked shut behind me.

For the next few weeks I did try to call most days on my way home from work. Beltway traffic is very conducive to long, hands-free conversations. Some days Joe would answer. Other days he didn’t. Some days the line was busy so I’d leave a message for him to call me back. His ringtone on my phone is the chorus from the XTC song, “Standing in for Joe.” It made me smile whenever his call triggered the tune.

On February 15 Joe called everyone to say “goodbye.” It was the most gut-wrenching, heartbreaking phone call I have ever received. Death was coming soon, and he knew it. But he wasn’t ready. Not yet. He didn’t want to die. He didn’t understand why he had to die now. He had beat cancer. He had survived the bone marrow transplant. Why was the fucking graft rejecting the host like some unruly tenant evicting the benevolent landlord. I had no answers, and I had no more tears. I was numb.

“There is nothing left to say,” my friend George told me. “So just call him every day and tell him that you love him, and that you’re thinking about him.”

So that’s what I did.

For the next two days.

I drove home.
​
Parked my car in the driveway.
I can’t call Joe anymore, and that makes me sad, but the fact he is no longer physically here, does not negate his existence. I have so many memories of him to sustain me. He will always be a part of us, and he will always be my brother.

​It’s only appropriate that the Happy Medium Song of the Day come from that limited edition, black and red iPod…
He lived. He loved. He laughed. He left.
(Please use the comments box to share your thoughts.) 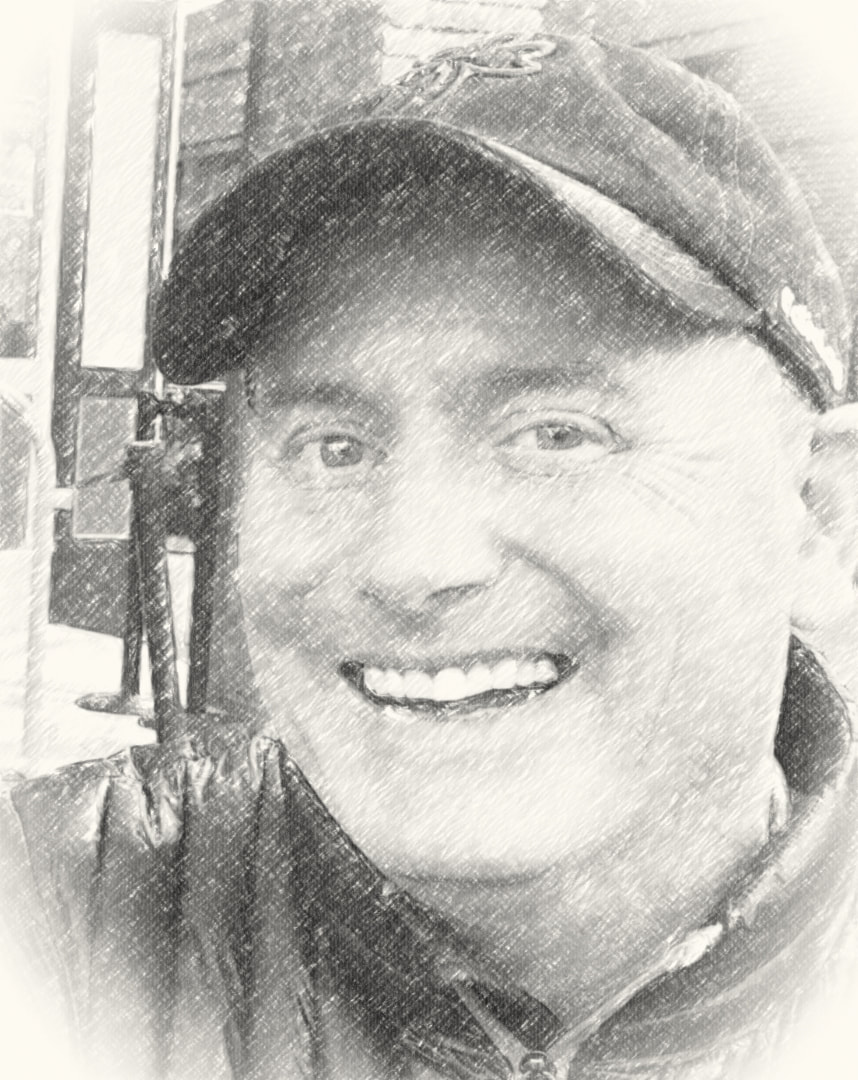