Happy Medium Productions
Back on February 7, I shared a new recording by my good friend Tom Lofgren.  I prefaced Tom’s song with a like-minded barrage of rhetorical questions that were steeped in frustration and dismay, and directed at the current administration's inability to comport itself with any civility, dignity, or accountability.  It felt like we couldn’t possibly sink any lower, and “rock bottom” had become the country’s new apogee.  Little did I know that “rock bottom” had become the jumping off point.  Little did I know that the disheartening response to all my questions was a resounding “No.” 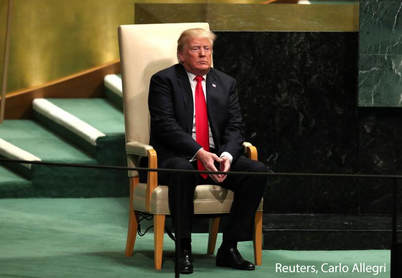 As far as I can tell, flagrant corruption and abuse of power continues unabated.  The world is now clearly laughing at us — not with us, despite delusional protests to the contrary by the punchline himself.  Chaos reigns and reality reels from distortion of the facts.  Amidst it all, no one seems to have the courage to admit that the emperor not only has no clothes, he has no couth and no concern for the well-being of anyone but himself.  His daily rants and tweets are an embarrassment, an affront, and a divisive distraction from what is really important: serving the American people with the intelligence, compassion and decorum that befits the office he was entrusted with.  As former CIA Director John Brennan so eloquently stated recently: “America is respected when our political leaders make decisions that enhance global peace, security, and prosperity.  No amount of bluster, false bravado, and self-promotion brings respect.  Untold millions wait for American values to run through the veins of those entrusted to lead.”​

A recent article published in Esquire by Charles P. Pierce echoes Mr. Brennan’s sentiments and elaborates on them with a conviction that is powerful and provocative. Rather than paraphrase the article, I’m including it in its entirety because I think it's the perfectly composed preamble to today’s Happy Medium Song of the Day.

This Vicious Buffoon Is a Vessel for All the Worst Elements of the American Condition
BY CHARLES P. PIERCE OCT 3, 2018

Everyone who does not agree with me is a traitor and a scoundrel.
​—HRH George III, King of Great Britain and Ireland
This video should be the only news from now until Election Day, and probably beyond that, all the way to the next Election Day in 2020 as well.

This video captures perfectly where we are as a nation at this moment in history. It shows with startling clarity the end result of civic disengagement and democratic apathy. It shows without question that we have allowed our republic to fall into the hands of a sociopath whose feeling for his fellow human beings can be measured against a poker chip. It shows beyond a shadow of a doubt that the better angels of our nation have been sold out to anger, and greed, and stone hatred. It shows precisely the depths to which our fellow citizens will follow this bag of old and rancid sins. Some of those citizens know better. Some of them don't. All of them are dangerous blockheads.
Look at the man behind the seal of the President of the United States, mocking the recollections of a survivor of sexual assault. In my life, I have watched John Kennedy talk on television about missiles in Cuba. I saw Lyndon Johnson look Richard Russell squarely in the eye and and say, "And we shall overcome." I saw Richard Nixon resign and Gerald Ford tell the Congress that our long national nightmare was over. I saw Jimmy Carter talk about malaise and Ronald Reagan talk about a shining city on a hill. I saw George H.W. Bush deliver the eulogy for the Soviet bloc, and Bill Clinton comfort the survivors of Timothy McVeigh's madness in Oklahoma City. I saw George W. Bush struggle to make sense of it all on September 11, 2001, and I saw Barack Obama sing "Amazing Grace" in the wounded sanctuary of Mother Emanuel Church in Charleston, South Carolina.

These were the presidents of my lifetime. These were not perfect men. They were not perfect presidents, god knows. Not one of them was that. But they approached the job, and they took to the podium, with all the gravitas they could muster as appropriate to the job. They tried, at least, to reach for something in the presidency that was beyond their grasp as ordinary human beings. They were not all ennobled by the attempt, but they tried nonetheless. 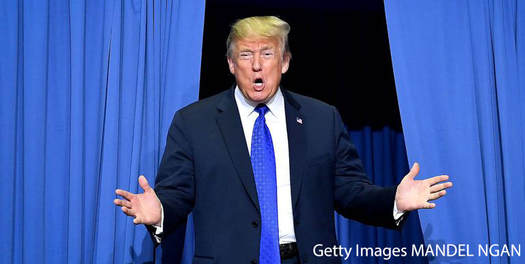 And comes now this hopeless, vicious buffoon, and the audience of equally hopeless and vicious buffoons who laughed and cheered when he made sport of a woman whose lasting memory of the trauma she suffered is the laughter of the perpetrators. Now he comes, a man swathed in scandal, with no interest beyond what he can put in his pocket and what he can put over on a universe of suckers, and he does something like this while occupying an office that we gave him, and while endowed with a public trust that he dishonors every day he wakes up in the White House.
​
The scion of a multigenerational criminal enterprise, the parameters of which we are only now beginning to comprehend. A vessel for all the worst elements of the American condition. And a cheap, soulless bully besides.

We have had good presidents and bad—a Buchanan is followed by a Lincoln who is followed by an Andrew Johnson, and so forth. But we never have had such a cheap counterfeit of a president* as currently occupies the office. We have had presidents who have been the worthy tar​gets of scalding scorn, but James Callender went after giants. We never have had a president* so completely deserving of scorn and yet so small in the office that it almost seems a waste of time and energy to summon up the requisite contempt.
​
Watch him make fun of the woman again. Watch how a republic dies in the empty eyes of an empty man who feels nothing but his own imaginary greatness, and who cannot find in himself the decency simply to shut the fuck up even when it is in his best interest to do so. Presidents don't have to be heroes to be good presidents. They just have to realize that their humanity is our common humanity, and that their political commonwealth is our political commonwealth, too.

Watch him again, behind the seal of the President of the United States. Isn't he a funny man? Isn't what happened to that lady hilarious? Watch the assembled morons cheer. This is the only story now. 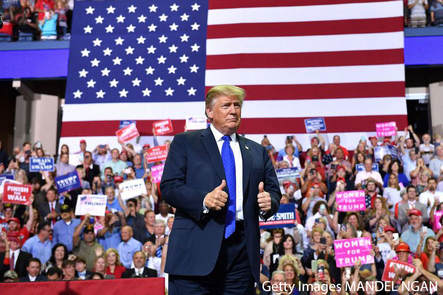 Once again the asinine antics of this pompous poser parading as a president have inspired Tom Lofgren to compose a modern day song of protest deserving of widespread airplay. Featuring nothing but guitar, harmonica, and a familiar Republican rally refrain turned on its head, The Happy Medium Song of the Day is “Lock Him Up (An American Lament)” by Tom Lofgren.  (Please use the comments box to share your thoughts.)