Happy Medium Productions
Mortality is a cruel jester, and yet here I am another year older and, for whatever reason, feeling like the best days of my life are still ahead of me. Indeed, as far as I can tell, there is nothing to stop this from being the best day ever. 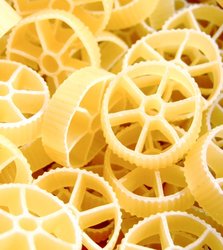 When I was a kid one of the special perks about celebrating a birthday was getting to invite someone over for dinner and choosing your own meal. I always asked for my mother’s famous lasagna, and my youngest sister, Sally, always went with a different Italian delicacy: Choo-Choo Wheels. Cath and Mo will have to remind me what their favorite birthday dinner consisted of because I’m getting too old to remember everything, and Joe can tell me I’m full of shit, but I’m pretty sure he called everyone’s bluff one year and blew the whole thing up by requesting surf and turf. Good luck finding “surf” to serve on December 10th in Ohio. 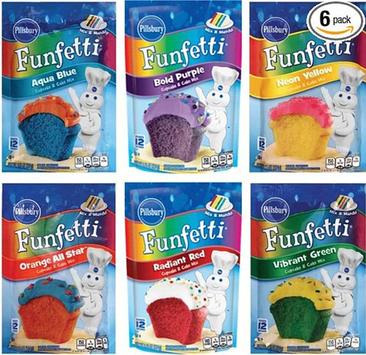 In addition to the main course, we also got to choose our own cake and frosting combinations. My father messed with that tradition by asking for Boston Cream Pie every year. “It’s not cake,” my siblings and I would grouse. “He can’t ask for pie on his birthday, he has to ask for cake.” Well clearly he could ask for anything he wanted, and if we didn’t like it that just meant more birthday pie for him. I also had a trick up my sleeve when it came to picking a cake. Each year, much to my sibling’s dismay, I hopped from lemon to orange to German Chocolate to anything that wasn’t a traditional combination involving chocolate frosting and yellow or chocolate cake. If Funfetti® Vibrant Green cake mix had been invented back then, I definitely would have subjected everyone to it on June 28th in the hope that there would be plenty of leftovers just for me, long after the last candle had been blown out.

There is a three year gap between the last two U2 albums Songs of Innocence and Songs of Experience, but they should really be consumed together like cake and ice cream. They are unparalleled musical testaments to the wide-eyed innocence of youth and the grizzled worldliness of experience. More importantly, the are both a superb collection of U2 songs that grow on me more and more with every listen and become increasingly difficult to remove from the turntable, the cd player and the iPod playlist. Both albums reflect a musical talent and relentless personal drive to succeed, create art, and entertain large audiences like they were intimate congregations. From the very first time I met them until the last time I saw them perform a week ago, U2 has always demonstrated a vision for how to keep the aesthetic intact while still moving forward with heartfelt passion, excellent musicianship and a
​self-deprecating sense of humor.

​Speaking about the first time I met them…(how’s that for a segue into one of my best, well-worn stories that somehow has never gotten the “full treatment” on this website?) 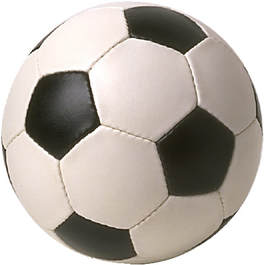 It was June 1981. I had just finished my junior year abroad studying at Exeter University, and I was standing in Heathrow Airport waiting for my girlfriend to arrive from America. I’d last seen her in August. Somehow we’d managed to keep our relationship together the past ten months with letters, mix tapes, and one expensive international phone call. I anxiously eyed the double doors through which passengers exit after clearing customs, and tried to look as cool as possible wearing my new Boy t-shirt and reading the latest issue of Melody Maker. Suddenly the automatic doors swung open and four jet-lagged guys I recognized immediately walked out and headed straight for me.

“Where’s the car?” The Edge asked, stepping up in front of me.

“Yeah, aren’t you the driver they sent to pick us up?” inquired Adam, pointing at my t-shirt as though it might be the standard uniform for all U2 chauffeurs.

“Ahh, no,” I said, as the misunderstanding began to dawn on me. “I’m just here waiting for my girlfriend to get in, sorry.” They all looked disappointed and suddenly even more jetlagged. “Hey,” I said, seizing the opportunity, “did you read what Bruce Springsteen said about you in Melody Maker this week?” Their faces brightened.

“Bruce said something about us?” Bono, Adam, Larry and the Edge gathered around as I shook open the music paper to an interview with Springsteen who was touring the UK for the first time in over six years, in support of
​The River.

“Yeah, they asked him if he’s heard any new music that he likes and he said he really likes this new Irish band, U2; especially the sound of The Edge’s guitar.”

The Melody Maker was snatched from my hands as the four took turns reading aloud sections of the Springsteen interview.

Bono took a soccer ball out of duffle bag and asked me if I played.

“In high school,” I said, “but I wasn’t very good.” He backed up across the terminal concourse and kicked the ball over to me as departing passengers game him a nasty look. I kicked it back, making sure to use the side of my foot
rather than my toe.

“What’s your girlfriend’s name?” he asked, tapping the ball in my direction again.

I trapped the ball for a second and replied, “Mary.” I returned the ball across the floor.

“What city is she coming in from?” Bono asked.

“New York,” I said as the surreal nature of our casual conversation began to grow. “She’s flying out Tuesday night.”

Bono rested his foot on the soccer ball and looked at me. “If she’s flying out of the states Tuesday night, why are you here to pick her up on Tuesday morning? You’re a day early.” He punctuated his point with a swift kick.

The soccer ball skipped past me as I stupidly realized he was right. In my eagerness to see Mary I had miscalculated her arrival by a whole day. Bono trotted past me to retrieve the ball out from under a row of seats. He walked up with the ball tucked under his arm, and patted me on the shoulder. “The things we do for love,” he laughed.
​
I laughed too. What else could I do? I’d have to return to my friend Andy’s house in Stevenage, and start all over
again tomorrow. What a dope. 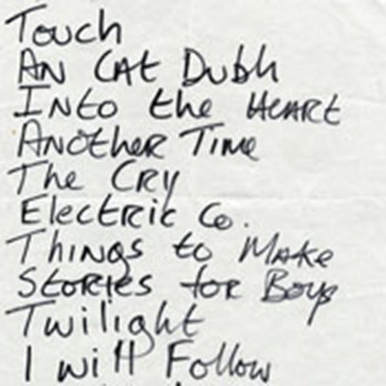 Feeling more relaxed as a result of my foolish and innocent mistake, I told Bono my first vinyl purchase in the UK was the single, “A Day Without Me,” and when Boy was released I spent money I didn’t really have, to buy that too. I raved about seeing the band perform in the tiny Student Union at Exeter in November and then later in January at St. Alban’s City Hall. “Have you played Cleveland yet,” I asked. “That’s where I’m from. It’s a great city for music. They’ll love you there.”

“We played a place called The Agora,” Bono said. “It was a great club. We’ll definitely go back.”

Bono laughed. We shook hands as though we were consummating an unforgettably important business transaction. Then the driver finally arrived, and Bono, his soccer ball, and the rest of the band were ushered out of the terminal.​ 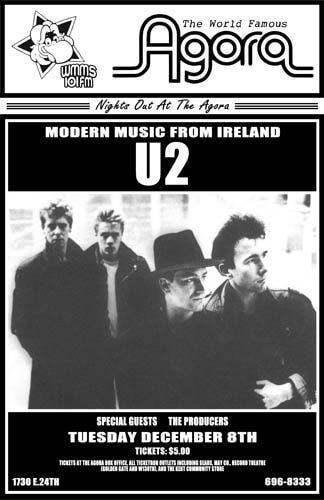 Seven months later on December 8, a dozen friends and I filled two cars and braved a wicked Ohio blizzard to drive 3.5 hours to the Cleveland Agora. I promised the concert experience of a lifetime, and everyone believed me even though only a few had ever even heard the music.
U2 did not let me down. U2 did not let anyone down. After the show
​we spilled out of the club into the cold Cleveland night, sweaty and exuberant - converts all.

“Let’s go meet them,” I said once everybody had gathered outside. “I know the hotel where all the bands stay.”

“We’ve got a long drive ahead of us,” someone else chimed in.

“You’re all a bunch of wimps! We’re going!” my new girlfriend Lori declared - starring the group down with a look no one could refuse and the same lust for life she has shown for the past 32 years as my wife.

We navigated the slushy streets of downtown Cleveland and parked in front of Stouffer’s on the Square. Despite Lori’s enthusiasm, I began to question the prudence of my suggestion. I didn’t really have a plan, and even though I knew this was the right hotel, I had no idea what was supposed to happen next. Standing in the cold, dark foyer I started to feel foolish and awkward again: too nervous to actually enter the hotel lobby and too embarrassed to back out and run.

Suddenly, there was a flurry of activity behind us and people started coming through the door. A few people brushed by us and then… Bono stepped into the cramped foyer.

​Everyone I’d convinced to attend the show had probably heard the soccer ball in the airport story a million times, but when Bono walked through the front door of Stouffer’s and then walked right up to me with an outstretched hand and said “If it isn’t John Collins. You said you’d be here if we came back to Cleveland and here you are.” I was utterly gobsmacked. He shook everybody hands and even jokingly challenged my friend Paul to “go a few rounds” with him when Lori mentioned that boxing was something they shared in common. We all gushed about the show. He smiled, looking genuinely pleased. Then he asked a few questions, answered a few more, apologized for being tired, and graciously took his leave. I have ardently followed U2 ever since, and remain ever grateful to innocence and serendipity for introducing me to the greatest rock n’ roll band that I have ever experienced. 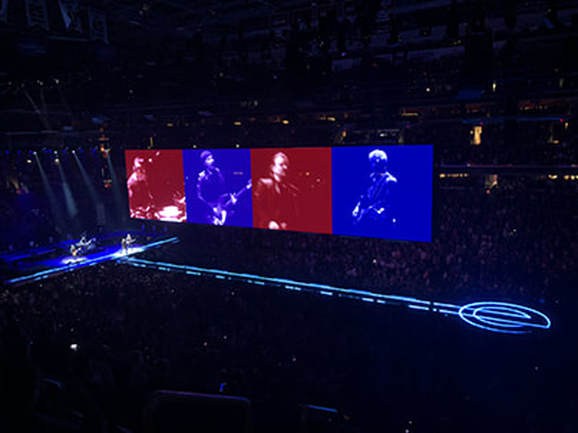 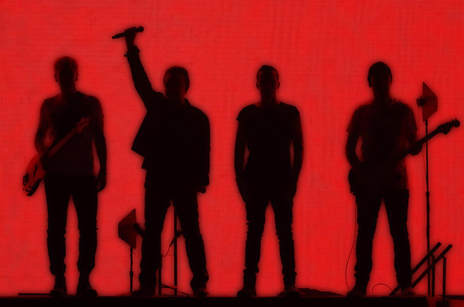