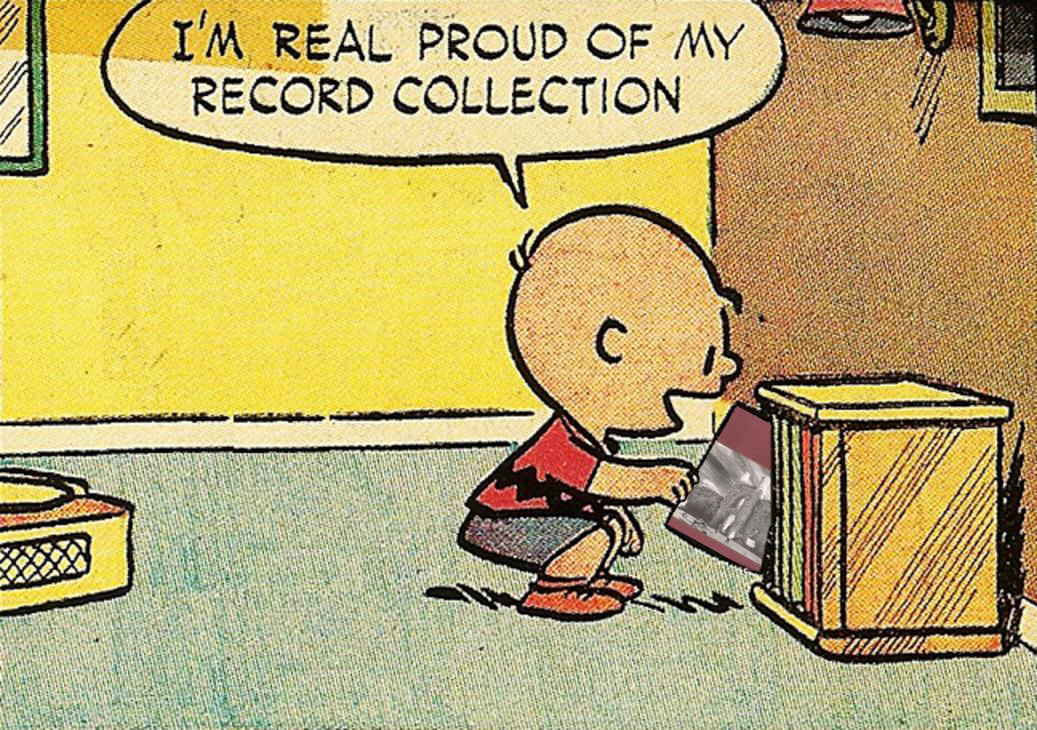 I once tried to justify the size of my music collection to someone by pointing out how many of the CD’s and albums were actually gifts — stuff I hadn't even paid for myself. Sub-divisions from there included: “used,” “found,” and I suppose even “stolen.” For the past twenty years or so, one of my main musical benefactors was my beloved mother-in-law, Bette. When it came to finding new and unusual music, no one enjoyed the “thrill of the hunt” more than she did. Every year at Christmas she would ask me for “The List” so she could go out and buy me music—knowing that it was the one thing she could both surprise and please me with on Christmas morning. The List was huge. A year's worth of scribbled down band names and album titles. Often it would include bands or albums that I already had on vinyl and wanted to replace. Other times it would be nothing but the latest, brand new releases by my current favorites. Always, the list was long so Bette could pick and choose, and what didn't get purchased one year would just roll over to the next and become part of that year's List.

One year, I can’t remember exactly when, things got interesting. Bette complained that The List had gotten “too easy.” There was “no challenge to it” anymore. From that year onward The List featured nothing but rare and obscure, (seemingly) out-of-print, and hard to find imports. The bands had strange names and the discs had bizarre covers. The stranger the better as far as Bette was concerned. She seemed to relish the prospects of walking into likely college town record stores and astonishing the (inevitably) nerdy, bespectacled, long-hair, ponytailed music geek behind the counter with requests for the latest recordings from bands like The Astro Puppees, Cactus World News, Smudge or Scruffy the Cat. I wish I could have been a fly on the wall when Bette pulled The List from her purse and humbled the sales clerk with requests for music that even he didn’t know had been released yet! What a great scene to imagine!

One year Bette and Ted took a trip to Australia. “Be sure to give me a list of music,” Bette told me months before they were scheduled to leave. “You never know what kind of record stores I might find down under.”

I didn't know. But I could imagine. Tiny little hole-in-the-wall stores where dusty gems by Aussie and New Zealand bands like Ratcat, Godstar, The Cannanes, Ed Kuepper, Icecream Hands, Look Blue Go Purple and The Triffids could be found for (sorry) a song. Large record chains where Aussie bands like The Church and The Go-Betweens were honored with the same amount of space as the Tower Records in Rockville, MD might give to Bruce Springsteen. Again, I just wish I could have been in Good Groove when this middle-aged woman from the mid-west appeared at the counter asking if The Sugargliders had released a compilation of all their singles on CD yet! Bette returned from her trip and proudly presented me with a stack of music. “I got a lot because I don’t know when I’ll ever get back,” she told me. I stared at the titles in wonder. Some looked familiar. Others even I didn’t know existed.

​“I know it wasn’t on The List, but I just thought Sweet Chuck sounded like an interesting name for a band,” she said beaming with pride.

As she got older and less mobile, Bette made full use of the internet to help her track down even more obscure recordings for me and have them delivered right to her door. I even pointed her in the direction of e-Bay a few times and let her duke it out with other crazy music bidders and collectors. There wasn't much she couldn't track down, and once she'd made up her mind to find something… it was as good as on my shelf.

Tuesday night I spoke to Bette for the last time. In a brief moment of lucidity she talked to her two grandsons, Andy and Liam, first. She asked them about college plans, wrestling, and soccer. She listened as they both told her how much they loved her. When it was my turn to say goodbye, the best I could do was to tell her she was the best mother-in-law a guy could ever have. Not because she had somehow managed to find The Laughing Clown's rare first CD, but because she had accepted and loved me from the very first day her daughter had introduced us. Her end of the phone line was quiet and crackly. "I love you," she said, "I've enjoyed it all."

I've enjoyed it all… now there's a philosophy to aspire to. I'll do my best to enjoy it all too, Bette. 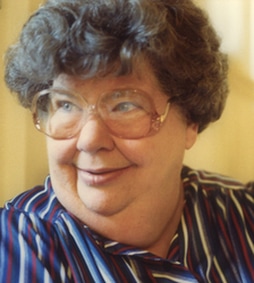 Bette Dibble - RIP
﻿Early this morning, January 25, Bette Dibble passed away in her sleep. It was her time, and she was impatient to go. It was also twenty years to the date that my father, Jack died. Both burned with an unforgettable fire that will glow brightly in my memory forever. The Happy Medium Song of the Day is “MLK” by U2.
​Amen.
So let it be.﻿
(Please use the comments box to share your thoughts.)