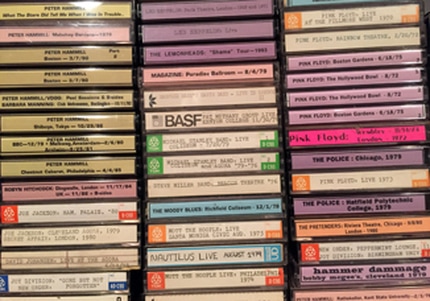 I was a voracious bootlegger when I was a kid. I recorded — or attempted to record — every band I ever saw perform live. While other kids were worried about sneaking pot and wine coolers into Cleveland Music Hall or the Cleveland Coliseum, I was biting my nails about getting my trusty Marantz tape recorder confiscated at the door. For the most part, my concerns were unnecessary. Typically the Event Staff goons would eye the recorder boldly slung across my shoulder and ask whether I had any cans or bottles. “Stealing” music just wasn’t on their radar.

Every once in a while somebody would take it upon themselves to save the music industry from the likes of me — insidious teen bootleggers hellbent on masterminding some lucrative scheme for selling unsanctioned live recordings for millions — and give me a hard time. I was prepared. I had a foolproof shtick. Whenever a bouncer would tell me to take the tape recorder back to my car or hand it over, I would launch into a contrived story about how I had taken the #9 bus downtown to go to the show and it was my father’s tape recorder and he would kill me if I let it out of my sight. With the line of punters irritably backing up behind me, I would magnanimously offer a solution that would appease all parties: I would happily turn over my batteries and tape in exchange for keeping “my father’s” tape recorder close at hand — avoiding “the beating of a lifetime.” This ploy never failed. I would pop open the back of the recorder, hand over the dead batteries and a Certron cassette purchased at Zayers for 90¢, and be on my way.

Once I was inside the venue I would take four fresh new batteries out of my socks and a 90min TDK-SA out of my pocket, and I was good to go. 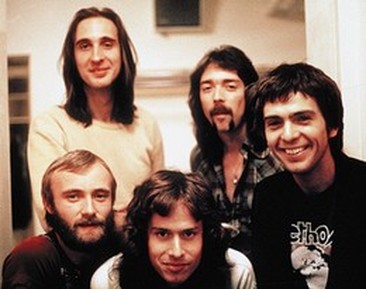 Genesis (1974) Mike Rutherford, Steve Hackett, Peter Gabriel, Tony Banks, Phil Collins
I taped the very first concert I ever saw: Genesis performing The Lamb Lies Down on Broadway in 1974 (and I listened to it religiously until our dog got ahold of Part One and sank his teeth through the plastic and into the reel of tape.) I think the last show I recorded was (appropriately) Peter Gabriel performing at the very same venue six years later on the eve of my 20th birthday. Dedicated or pathetic…?  Who’s to say.

Alternatively, many of the concerts in Cleveland were broadcast live on the radio — by WMMS, 101 FM. Since I couldn’t be in two places at once I would “employ” my brother Joe to man the recorder at home while I enjoyed the show in person. Joe would dutifully hang out in our bedroom taping the show all night and upon my return he’d regale me with criticisms, concerns and opinions about the show and technical quality of the broadcast. “I don’t know what the hell happened on side two,” he’d say laying in the bed next to mine, “one minute I was recording Lou Reed and the next thing I know, the frequency drifts and I’m recording some song by Led Zeppelin.” Or, “who was that asshole that screamed ‘Oh Peter I loved you when you were in Genesis?’ It sounded like he was right on stage next to the microphone…” It would be interesting to take stock of my tapes some day and see how many Joe actually recorded for me. 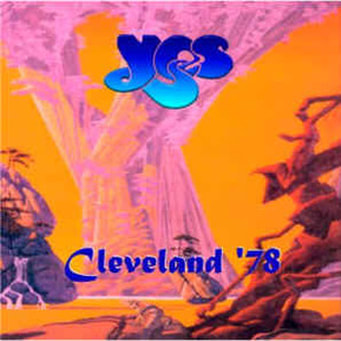 A bootleg recording of Yes from the Cleveland Coliseum in 1978
﻿I can’t remember how old Joe was when I finally took him to his first concert instead of leaving him at home to record it for me. But I think the band was Yes — possibly on their Toramato tour in 1978. The show was a full-on visual and aural assault thanks to the band’s showmanship and virtuosity and the amazing mechanical tentacles designed by Roger Dean to light the stage.

Some day I’ll post a song by Yes or Genesis or Peter Gabriel, but this time, the Happy Medium Song of the day is “My Little Brother” by the (very) British (and German) band, Art Brut. It comes from their 2005 debut, Bang Bang Rock and Roll.

I don’t know for sure when my little brother discovered rock n’ roll, but I’d like to think I was part of the process. Maybe even to this day. I know this song is a repeat, but I don’t think the accompanying story is, and this time around it’s appropriate for the date. Happy Birthday Joe.

Love,
John﻿
(Please use the comments box to share your thoughts.)