Happy Medium Productions
I love Amy Rigby.  She is remarkable. She lives music. She loves music. She knows music. She makes music. She’s not “in it” for the fame and fortune — she’s “in it” because it’s who she is. She has no choice. The music is in her and she is in the music.

Don’t get me wrong. If fame and fortune really came knocking, I’m pretty sure she’d throw the door open and welcome them in with a big hug and a chuckle, saying “Did you get stuck in Cleveland? What took you guys so long?” Amy Rigby deserves to be more famous. Everybody who hears her albums knows it. Everybody who sees her concerts knows it. Everybody who reads her online diary knows it. Everybody who meets her, chats with her, and sips a whiskey with her on a warm, suburban summer night knows it. But that’s not the way it works — and she knows it. Fortunately, for all of us who are fans, Amy continues to be prolific and undeterred.

Last month, Amy released her first solo album in over ten years and promptly hit the road to support it; performing shows and selling merch out of the trunk of her car.  The Old Guys, which was produced by her husband Wreckless Eric, has taken up permanent residence in my CD player and is showing no signs of moving out. Every time I think about playing something else, a little voice in my head says, “nah, just give The Old Guys another spin.”

Amy’s songs have always been heartfelt and intimate; with the uncanny ability to evoke a smile and a laugh as easily as a sob and a tear. Indeed, The Old Guys fluctuates beautifully between happy/sad, electric/acoustic, hushed/noisy, black/white, ying/yang, folky/grungy, Amarillo/Pittsburgh, and past/present/future. The album is the perfect amalgamation of Amy’s songwriting and her knowledge and unabashed love of rock n’ roll. She is a master storyteller, and the narratives that abound on her new album are poignant and provocative with a dash of bittersweet. Her penchant for clever wordplay and including pop culture references provides her signature sense of humor and humanity. 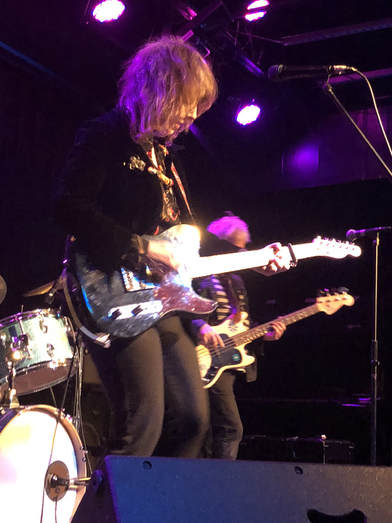 Amy and Eric at Jammin’ Java.
The Old Guys embodies the passionate and creative spirit that drives people like Amy Rigby and Weckless Eric to keep singing, keep recording, keep writing, keep touring, keep loading in, keep loading out, keep breaking guitar strings in a rock-out frenzy, keep living out of suit cases, keep loving rock n’ roll and keep living rock n’ roll. It sketches a convincing musical explanation for why she keeps going in a business that is exhausting, thankless and often unforgiving.

As I begin to recognize fewer and fewer names on the marquees… as I slow down in my efforts to keep up…as I struggle to engage others in conversation beyond their comfort zone… as I try to avoid getting stuck, becoming complacent, and accepting the role of the grouchy old guy overly-cautious about change and challenge…as I resist the urge to merely regurgitate factoids, trivia and statistics and pass it off as meaningful conversation… I receive solace and inspiration from artists like Amy (and Eric) who refuse to cave and instead, push themselves to write one more song, record one more album, do one more tour, publish one first book and continually ask the question “Are we still there yet?”

There are so many good songs on Amy’s new album it’s hard to choose one here. I am gonna recommend that if you are still someone who buys the occasional CD (whether digitally or for real), make this the one. You absolutely won’t be disappointed. That said, the Happy Medium Song of the day is “New Sheriff” because I think it perfectly sums up in less than five minutes everything I’ve tried to say in over 5,000 words.
(Please use the comments box to share your thoughts.) 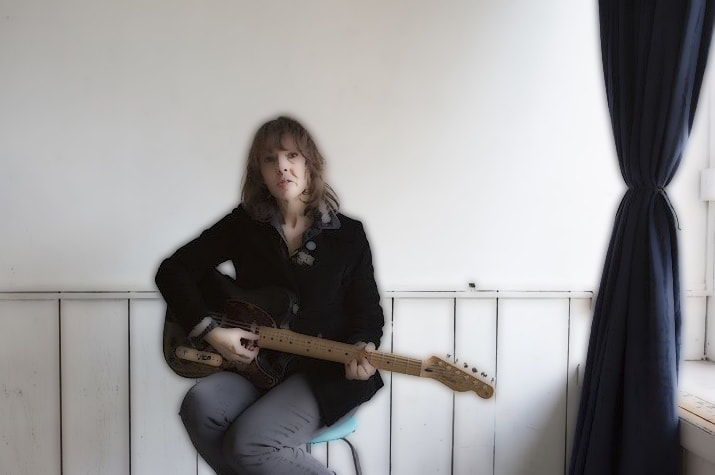 There’s a new sheriff in town and it’s Amy Rigby.