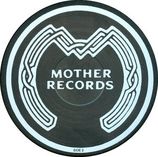 To their credit, U2 quickly realized that with fame came responsibility. In the mid-eighties they established Mother Records to “unearth fresh musical talent in Ireland,” give new bands some exposure, and maybe even get them signed to a major label. Over the course of sixteen years Mother released singles by The Hothouse Flowers, In Tua Nua, Engine Alley and The Golden Horde, amongst others. The second single, MUM002, was “The Bridge” by Cactus World News.
“The Bridge” is a “big-sounding” anthemic song not unlike something U2 themselves might record. It’s full of driving atmospheric guitars, pounding drums, and a rousing, sing-a-long chorus full of hope and promise and exaltation. I saw the band at the height of their brief dance with stardom, shortly after the release of their debut album: Urban Beaches. Their sound was almost too big for the tiny club that booked them. Frank Kearns wasn’t The Edge, but he made his guitar roar like a melodic jet engine in a way that was both unique and mind-blowing. I actually got to interview the band’s frontman, Eoin McEvoy, before the show. He was eloquent, well-read, and thrilled to be enjoying a “bit o’ success in the States.” Even though that success would prove to be as short lived as Background Noise; our idea for a college radio show to end all college radio shows.
﻿ 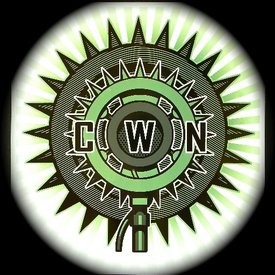 ﻿In the end I don’t really know what happened to Cactus World News. When we interviewed them in 1986 they were #1 on the US national college radio charts. After two years of non-stop, world-wide touring, a second recording was shelved by MCA (who seem to have a habit of doing that to bands I like; see Wire Train) after two singles failed to draw any attention. No Shelter, a worthy successor to Urban Beaches, was eventually released in 2004 on Red Coral. Thanks a lot MCA!

Maybe CWN sounded too much like their benefactors (although at the time, I didn’t think that was problematic — another band with U2’s panache and glorious sound).  Maybe the preliminary singles from the second album really couldn’t deliver the “2” in the much needed 1-2 punch of a sophomore release. Maybe it was the glasses. Maybe it was the haircuts. Maybe it was the name. Who knows… What I do know is today’s Happy Medium Song of the Day, “The Bridge,” still makes me feel glad to be alive whenever I hear it. And that’s not bad when it comes to a four-minute rock n’ roll song. ﻿(Please use the comments box to share your thoughts.)