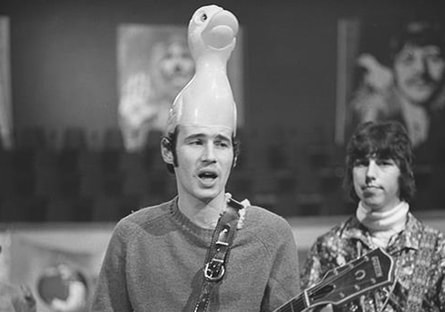 As we begin the process of ushering out one year and welcoming in another, I’d like to ease into 2020 by commemorating the brilliant comedian and musician, Neil Innes who passed away just before the decade ended. My grade school pal Pat introduced me to Innes and his lunatic bandmates known as The Bonzo Dog Doo-Dah Band right around the same time I was discovering the bizarre British humor of Monty Python; with whom Innes frequently collaborated. He’s rumored to be responsible for the infectious whistle that runs through “Always Look on the Bright Side of Life,” the song from the crucifixion scene in The Life of Brian, and together with Eric Idle he created The Rutles, an unforgettable parody of the (Pre)Fab Four that was hilariously documented in All You Need is Cash, a rock n’ roll mockumentary that preceded the equally ingenious This is Spinal Tap by six years.​ 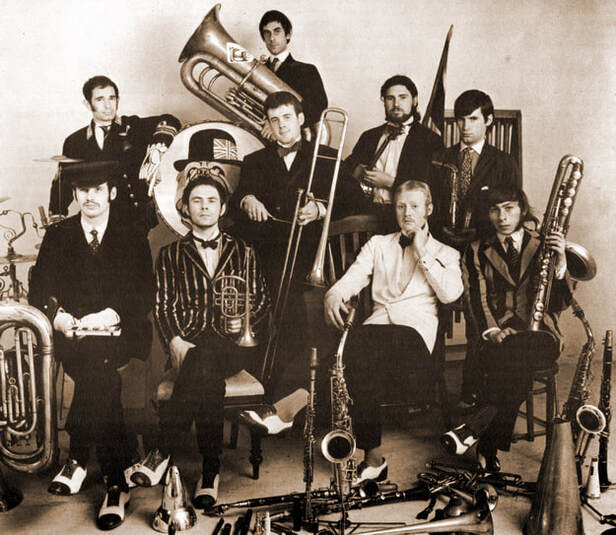 The Bonzo Dog Doo-Dah Band
The Bonzo’s unique blend of British humor and complex, off-kilter music was definitely an acquired taste — but it fit in perfectly with the eclectic mixture of music and comedy that occupied our teenage turntables at a time when sitting around listening to George Carlin, Lenny Bruce or the Firesign Theatre was just as much fun as playing records by The Who, Bob Dylan and Pink Floyd. Pat and I could recite a comedy routine like “The Seven Dirty Words You Can Never Say on Television,” as readily as sing along to any of the songs and radio jingles on The Who’s Sell Out.
Meanwhile, albums by the Bonzo Dog Band were not easy to come by in the US. When Gorilla or The Doughnut in Granny’s Greenhouse sporadically appeared in the record stores where we shopped, they were usually high-priced imports with flimsy sleeves tucked into poly-plastic bags radiating a slightly exotic smell. Nothing we could easily afford. So when The History of the Bonzo’s was released domestically, both Pat and I added the double album to our collections, and quickly committed the esoteric menagerie of music to memory. The History of the Bonzo’s is an odd assortment of tunes tinged with vaudeville jazz, psychedelic rock, oom-pah band, and avant-garde pop. It’s not music for every-day listening, but certainly the perfect addition to kid-friendly mix tapes, and a good choice for ringing in the new year with a smile. 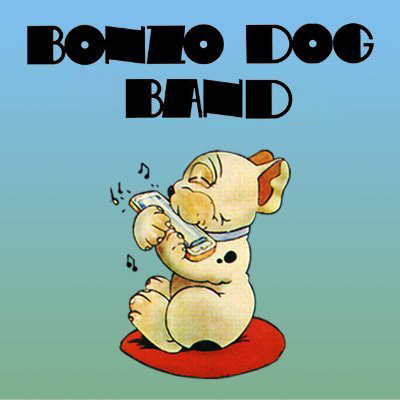 The obvious selection for today’s Happy Medium Song of the Day is probably the band’s 1965 hit, “I’m the Urban Spaceman,” but as I pride myself in avoiding the obvious, I’ll save that one for another day. Instead, the first Happy Medium Song of the Day for 2020 is also the first song on The History of the Bonzos called “The Intro and the Outro.” It’s a comic monologue by fellow Bonzo, Vivian Stanshall introducing all the musicians in the band plus a suspect host of other celebrities who may or may not have contributed to the three minute riff. This submission marks my tenth year of scribbling stories to go along with some of my favorite music. Thanks for sticking around and taking the time to read, listen and contribute a welcome comment to the conversation.
(Please use the comments box to share your thoughts.) 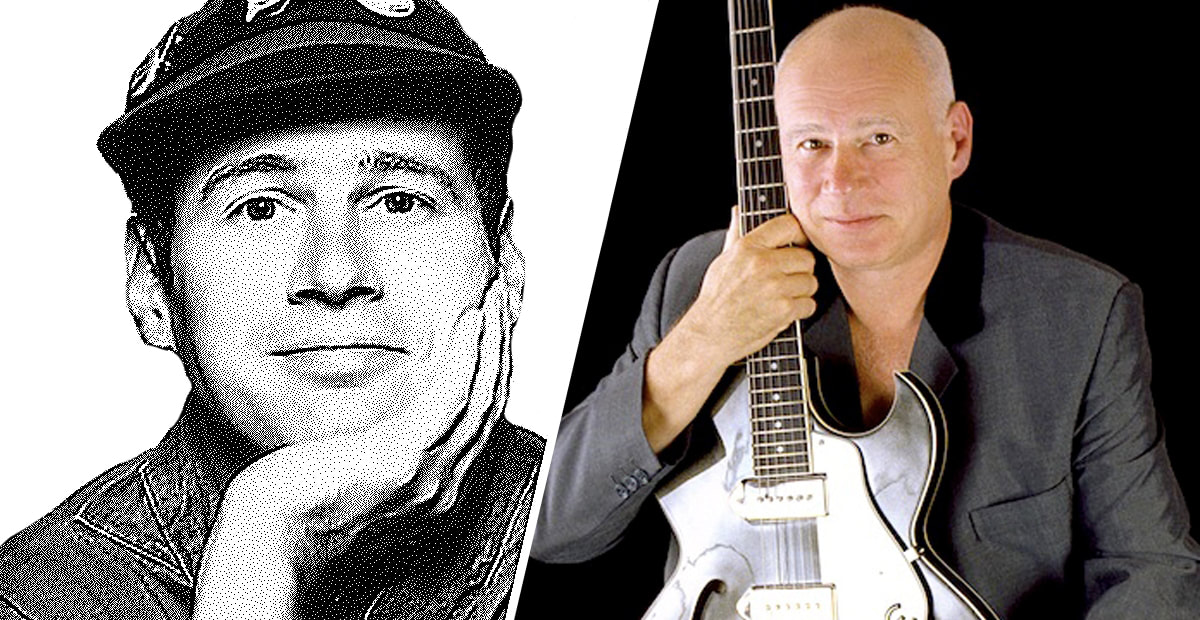