Happy Medium Productions
﻿You know when you start looking to buy a new car and you’ve decided on a particular make and model, and then suddenly everybody on the road seems to be driving around in that car? Well today, which happens to be Liam’s 16th birthday, my commute to and from work was a visual cacophony of the numbers 16 and 27.
1. the sign above the entrance ramp for I-270
2. the license plate on the Accura that cut me off on the Beltway : CDF-327
3.  the phone number on the plumbing truck with the rusty gash over the left quarter panel: 703-656-2727
4. the “For Lease” sign: up to 16,000 square feet
5. the Authorized Inspection Station sign: #1627(!)
6. the banner for an appointment with the phone number: 309-948-2761﻿ 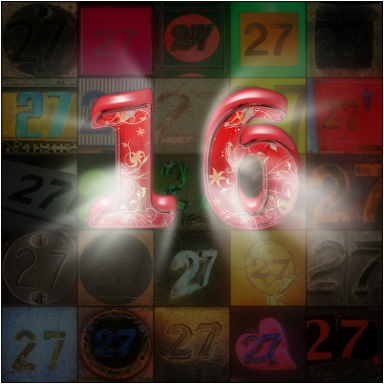 Now I’m not into numerology or anything like that, but all these numerical coincidences made me wonder so I thought I’d do a little research. Here’s what I found out:
1. there are 27 bones in the human hand
2. there are 27 books in the New Testament
3. there are 27 cubes on a Rubik’s cube
4. some famous people born on February 27th include: Chelsea Clinton, Ralph Nader, Elizabeth Taylor, Joanne Woodward, John Steinbeck, Henry Wadsworth Longfellow, Nancy Spungen (Sid Vicious’ girlfriend)
5. the 27th President of the United States was William Howard Taft
6. if you add up all the numbers between 2 and 7 you get 27
7. the 27th state to enter the union was Florida
8. Boston Red Sox catcher Carlton Fisk was wearing #27 when he “waved” his famous home run fair to beat the Reds in 12th inning of the 1975 World Series
9. and, of course, both Andy and Liam were born on the 27th (September and February)

One interesting 27 factoid that I stumbled across, and most people overlook when they create whole web pages dedicated to this nonsense, is this: The Beatles had 27 #1 hits starting with “Love Me Do” in 1962 and finishing with “The Long and Winding Road” which was released in 1970. (In case you’re wondering… “Hey Jude” stayed at #1 the longest: 9 weeks). The other thing you may be wondering is where the hell I’m going with all this… 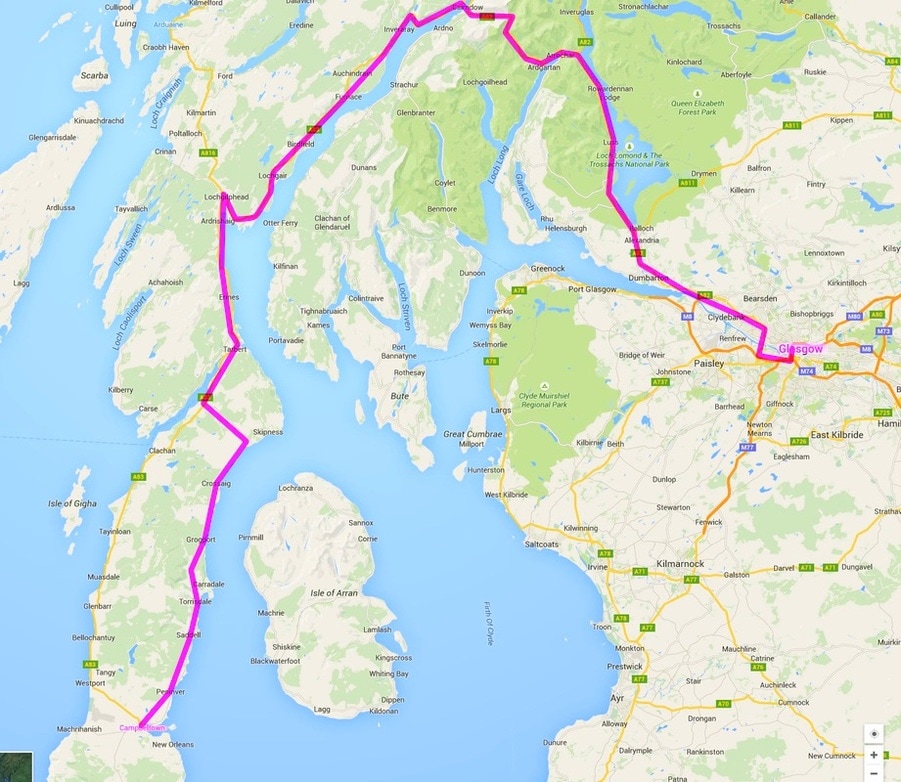 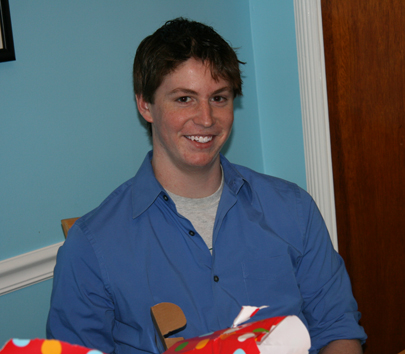 The birthday boy.
One of the most beautiful journeys I have ever taken was on the B842 from Glasgow to Campbeltown in the Mull of Kintyre — the very same long and winding road that inspired Paul McCartney to write what would be The Beatles last hit single. I had no idea at the time — it just looked like a geographically interesting location that might provide some memorable countryside along the way. And it did. It was amazingly beautiful. Of course it was such an out-of-the-way town to hitch-hike in to, by the time I got there I was nervous that I’d never be able to hitch a ride back out. In the end, the whole left lane in and right lane out made it pretty easy. So where am I going with all this? I dunno, except to say, happy 16th birthday, Liam. I hope that the long and winding road you are embarking on from this point in your life onward is as full of as many beautiful twists and turns and surprises as the B842 west out of Glasgow. I hope you learn to develop the resources to hitch a ride in and, when necessary, hitch a ride out. I hope you won’t be afraid to take chances because you don’t know what’s around the next curve in the road. I hope that even if you travel without a camera like I sometimes stupidly did, you’ll take plenty of mental photos to tide you over and use to illustrate your stories. I think sixteen is when you really begin to start studying the map of where your life might be going, how you’ll get there, where you’ll stop along the way, and what you’ll do when you arrive. The road is freedom. The road is adventure. The road is life. The journey is quick. And “The Long and Winding Road,” despite its purported role in the breakup of The Beatles, is the Happy Medium Song of the Day on your 16th birthday. (Please use the comments box to share your thoughts.)