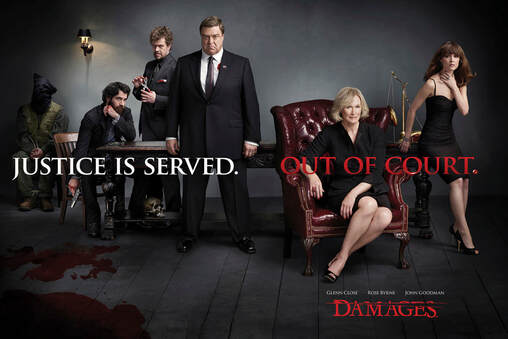 In the FX series Damages, Glen Close is evil personified in her role as the despicable attorney, Patty Hewes. She is a conniving and ruthless darkness that gives back nothing and preys on the weak with wolfish bloodlust.  She feeds on other’s misery and misfortunes, and takes pleasure in the predatory battles she engages in both in and out of the courtroom. For five seasons from 2007-2012, Close’s character mentored and toyed with her protege´ Ellen Parsons (played by Rose Byrne) in a series of mind and power games designed to destroy her young, ambitious alter-ego. Of course, in the end, her cruelty only serves to make Ellen stronger and she becomes the one nemesis Patty cannot defeat. Well done courtroom drama makes for captivating television, and Damages definitely topped my viewing list throughout its five-year run.​
The theme song for the show was equally dark, but indelibly catchy. It was the perfect musical accompaniment for the opening credits comprised of little more than a throbbing bass line, angular guitar chords and the relentlessly disturbing, yet totally appropriate chorus (that could also double as the Hewes & Associates mission statement): “When I am through with you, there won’t be anything left.” The obscure Los Angeles trio responsible for the song is called The VLA. Unfortunately, “When I Am Through With You” appears to be the band’s sole recording, and additional music by the auspicious Jason Rabe (vocals/guitar), Ravi Subramanian (bass) and Fern (drums) is just as scarce as further information about the band itself. There’s faint, outdated chatter on the internet about an EP titled Unchain Me, ICON! but if it exists, it doesn’t want to be found. Apple iTunes also stocks a vaguely labeled
1st - EP by a band listed as The V.L.A. that may or may not be the same group. It’s hard to tell. And of course in the days of digital music, who needs liner notes or credits? There really is no justice.

The Happy Medium Song of the Day is “When I Am Through With You,” by The VLA. ​
(Please use the comments box to share your thoughts.) 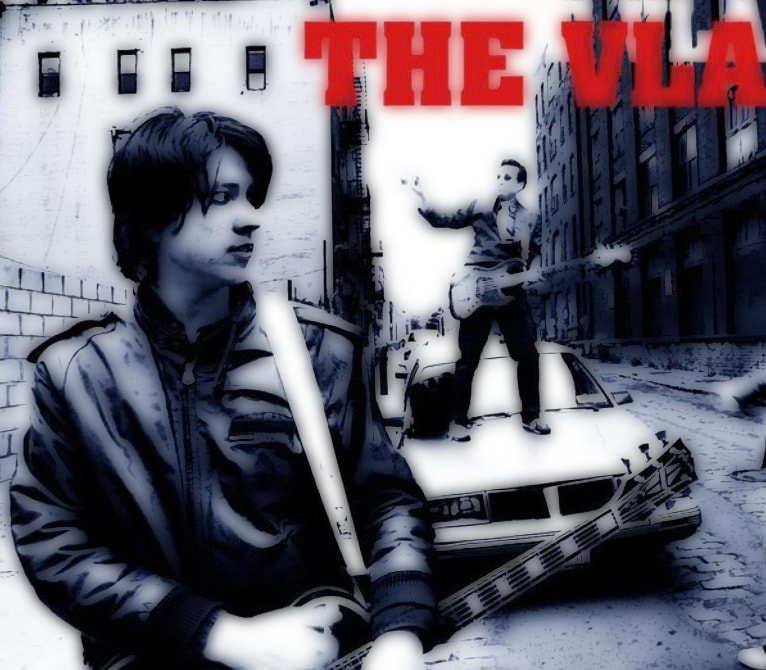