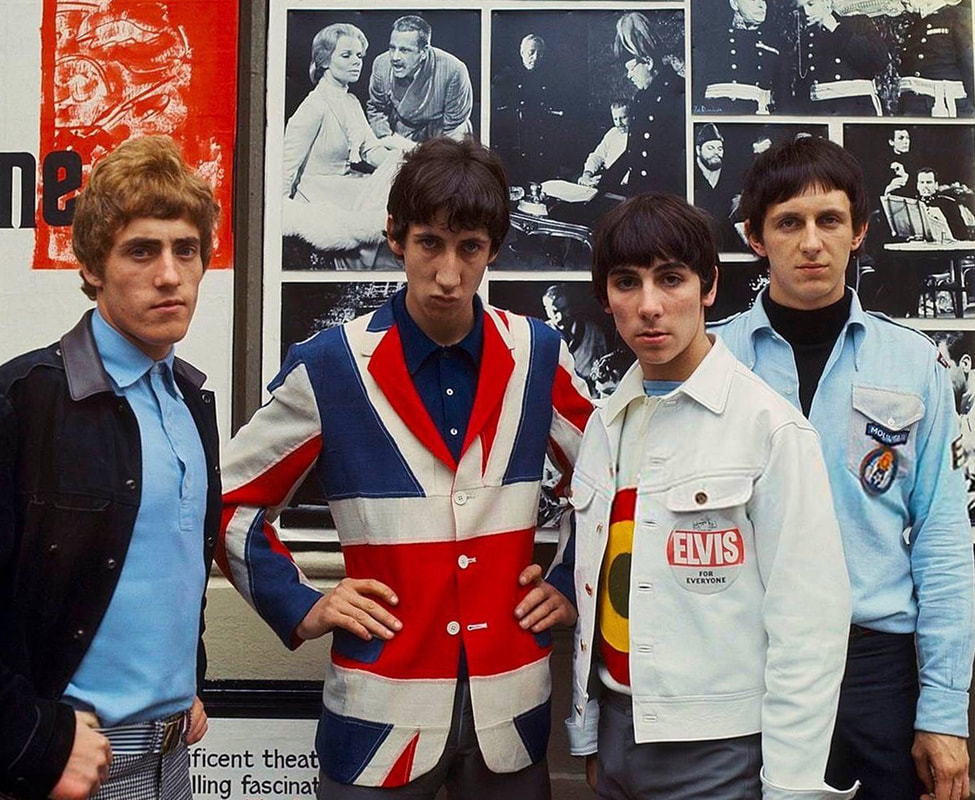 Mod young men: Roger Daltrey, Pete Townshend, Keith Moon and John Entwistle
I was going to school and living in Exeter, England in 1981, when The Who released Face Dances, the follow up to Who are You, and their first new album in three years after the loss of their beloved drummer, Keith Moon. For me, The Who never lost their hard rockin’ appeal, but all around me it felt like England—the country whose flag Pete Townshend used to wear so iconically as a Union Jack(et)—had definitely moved on. By ’81 punk had already evolved into post-punk, new wave and alternative rock, but I still spent my first week in London scouring Carnaby Street stalls for a facsimile of Townshend’s jacket. I can only imagine what my new British roommates would have thought had I been successful finding one, and shown up on campus wearing it! 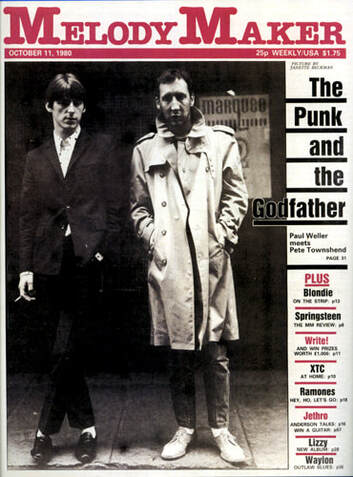 The British music papers I had become devoted to reading each week, frequently ran articles with snarky titles like “The Punk and the Godfather,” and practically begged Townshend to secede his coveted crown to young, mod upstarts like Paul Weller and his amazing band, The Jam. Following the devastating loss of Moon, it would have come as no surprise to anyone if he had. Instead, the surviving trio recruited Kenny Jones on drums and John “Rabbit” Bundrick on keyboards to help them forge ahead.

I welcomed The Who v2.0 and their first recording together, but to say the reviews in the UK were kind would be an understatement. There was an invigorating musical tempest brewing in the early ‘80s, and The Who were perceived as dinosaurs; old geezers out of step with the times and on the verge of extinction. For the first time in many a year, their relevance to the ongoing musical revolution felt muted and sedate. So when my friends and I heard they were slated to appear on Top of the Pops on March 4 to promote their new single, we piled into the tiny tv lounge earlier than usual to grab a good seat for the weekly music countdown. 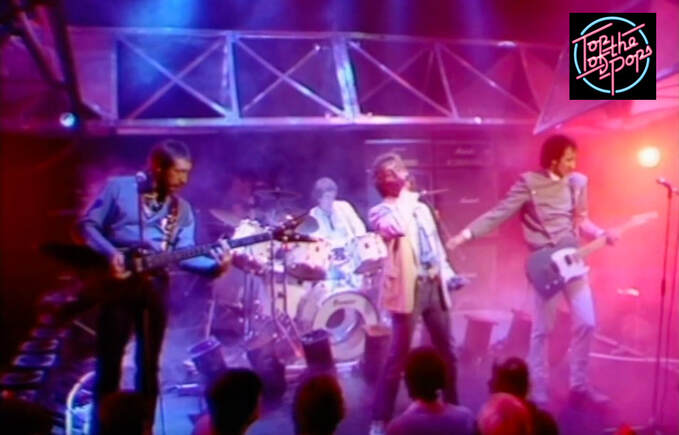 The Who on Top of the Pops March 4, 1981 (click on the picture to relive the performance!)
Halfway through the thirty minute show—just inside the Top Ten--The Who appeared on screen awash in an uncharacteristically testosterone-free bath of pink and purple lights. Unlike the last time I had seen them on stage, both Entwistle and Townshend were clean shaven with fashionably short hair. Meanwhile Daltrey and Jones looked like they just lost a fight with a blow dryer. Everyone appeared to have raided Duran Duran’s clothes closet before stepping on stage sporting scarves, cravats(?) and fashionably cut waist-length jackets. Even as the catchy, percolating intro began—amidst incredulous groans from around the room of “what the fuuuuu—” the only thought going through my head was: “uh-oh.” But the song…!
“You Better You Bet” was the last single by The Who to reach the Top 20 on the Billboard Hot 100 chart, peaking at No.18. It reached No.1 on Billboard’s Top Tracks Chart and stayed there for five weeks beginning April 4, 1981. It was also the band’s last single to hit the Top Ten in the UK where it peaked at No. 9 the week I saw them on Top of The Pops.
The song features a familiar Townshend narrative of the late night, hangdog boozer—the kind who wakes up in a Soho doorway full of apologies and excuses for the woman he loves. Musically, the song relies on the classic call and response arrangement The Who have used effectively many times over the years. At its core, "You Better You Bet” is a love song; chock full of awkward tenderness, humor, and humanity all voiced with a ferocity that clearly states love is not something to be taken lightly. The song's unrepentant male character attempts to strong-arm a romantic response by prompting: “When I say I love you, you say…?” but the answer he gets back, sung by Townshend and Entwistle, is not just a vapid “I love you too.” Instead, the retort is an adamant “You better!” which rolls on into the escalating refrain of “You better, you better, you bet,” and ends with the warning note: “You better bet your life, or love will cut you just like a knife.” Don’t get me wrong, this song is loaded with some pretty half-baked lyrics too, but I still find the overall sentiment endearing—albeit from the perspective of a goofy, overly macho world that I’m only allowed to visit occasionally in my dreams—and the music catchy as hell with a great beat. 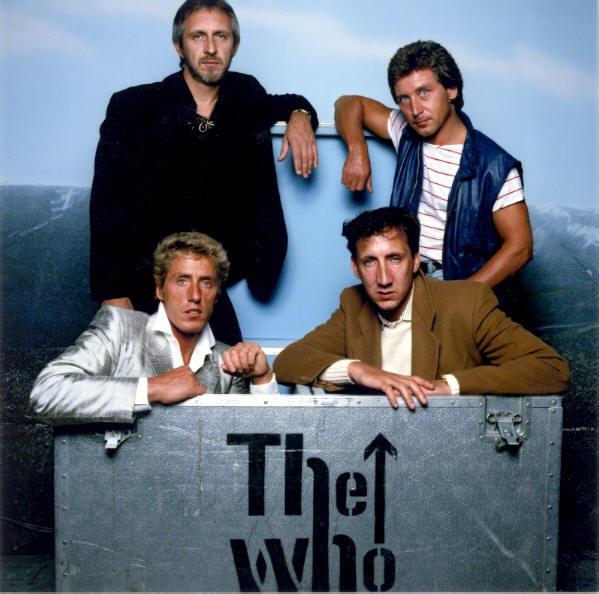 The Who 2.0: John Entwistle, Kenny Jones, Pete Townshend, and Roger Daltrey
Despite their questionable attire and perfectly coiffed hairdos (and who's never​ been guilty of either one of those missteps?), The Who managed to stage an unexpected comeback of sorts in 1981, and they did it with a song that wedged itself deep into my vast musical consciousness. Forty years later it still gets me singing along just like it did that fabulous night crammed into my dorm's tiny TV lounge watching them on Top of the Pops. As the romantic month of February looms on the calendar, a musical declaration of love like “You Better You Bet,” is perfect for the Happy Medium Song of the Day — especially by a band that can still sing a razor line every time.
(Please use the comments box to share your thoughts.)