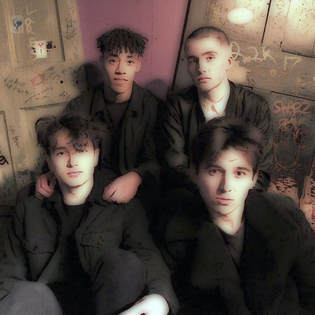 I suppose it was inevitable that one of Paul and Ali Hewson’s kids would grow up with aspirations of becoming a rock star.  It's hard to imagine none of them being tempted to at least try and follow in their father’s musical footsteps — especially if there was even the slightest chance of sharing the same rock n’ roll DNA.  What is a pleasant surprise, is just how good Inhaler is on its own young merits. It’s still early days for Eli Hewson, Josh Jenkinson, Robert Keating and Ryan McMahon, but there is definitely a growing buzz about the band in Dublin, and thankfully only a little of it has to do with the fact that Eli is Bono’s 18-year old son. 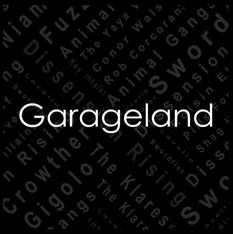 Inhaler formed two years ago, citing noteworthy bands like the Stone Roses and Joy Division as heavy and obvious influences.  In 2017 their debut single was included on the Irish compilation Garageland - Volume 1, and in March of this year they were chosen to play the first #IRISHMUSICPARTY Showcase.  Hot Press, Ireland’s equivalent of Rolling Stone, even featured Inhaler in their “Hot for 2018” list.  On September 8 the band headlined a show at Whelans — which is a big deal if you are an up and coming young band trying to carve out a niche for yourself in the competitive Dublin music scene.
No doubt there will be some critics who feel Eli is merely cashing in on his familial connection to musical stardom, but it’s possible that particular relationship could make acceptance and success even more difficult for a young band just getting started. Inhaler’s debut single sounds nothing like U2, and that’s what I find intriguing.  Is this the start of something big?  Who can say?  All I know is, Bono must be proud—as any father would be—as I always am—of a son seeking to achieve his dream on his own terms amongst the shadows and tall trees. The Happy Medium Song of the Day is “I Want You,” by Inhaler. Burn it bright lads, there’s always room for another brilliant Irish rock band.
(Please use the comments box to share your thoughts.)