Happy Medium Productions
I've been busy, and it's been a few weeks since I've turned my attention to the Happy Medium Song of the Day. Not because I didn’t have anything to write about. Not because I didn’t have anything to say. Certainly not because I haven't been listening to some incredible music and come across any songs worth sharing. Not because I'm lazy. Not because people didn't seem interested in what I had to write or the music I had to share. It turns out they were. Still are in fact. I got an e-mail the other day from a regular HMSOD recipient asking if “everything was OK.” And that made me feel good in a way because I like the idea that a small aspect of my well-being is somehow being defined by, or connected to whether or not I have the inclination, energy, and creative chutzpah to spend a little bit of time each night finding a song to share along with a story to tell. “When I didn’t get a song for over a week I figured you had either gone on vacation or you were dead.” If only it were that simple…

I worked on a documentary about stone masons once. We filmed the artisans building a house. Each man had a pile of stones, and even though all the stones looked more or less the same to me, there were obviously subtle differences. They men would pick a single rock from their pile, toss each stone up and down lightly in their rough hands; gauging its shape, weight, texture, and color. Sometimes they’d toss the rock back on the pile with a loud clack. Other times they’d squeeze it in both hands like a pitcher on the mound with a fresh, new baseball. If it was a keeper, the stone would be bottom-frosted with mortar and placed into the pattern of the wall like some long-lost puzzle piece.  Then the whole painstaking process would start over.

Words are important to me. I don’t take them lightly. I value their rhythm, their alliteration, their consonance and, of course, their definitions. Like the stone masons, I like to pick and choose my words carefully. Judge their heft for maximum impact. Play with their order and arrangement to achieve a pleasing rhythm and flow. Alliteration, consonance, metaphor, puns, simile — all tools of the trade. Word play. Word games. Word salad. Word processing. Wordsworth. 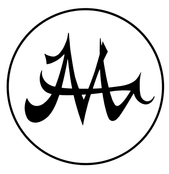 I think there is a fine line between poetry and song, poet and songwriter. When it comes to British singer/songwriter Peter Hammill, it is a very fine line indeed. Hammill has been recording music since 1971—either as a solo artist or with his band Van der Graaf Generator—and since his solo debut, Fool’s Mate, he has released 29 solo albums, 5 live albums, 11 compilations, and 4 instrumental recordings. Add to that 9 studio albums, 3 live albums, and 9 compilations by his band, and you have an incredible amount of music spanning almost 40 years! In 1977, Johnny Rotten of the Sex Pistols expressed his admiration for Hammill and his music: “Peter Hammill’s great. A true original. I’ve just liked him for years. If you listen to his solo albums, I’m damn sure Bowie copied a lot out of that geezer. The credit he deserves, has just not been given to him. I love all his stuff.” I mention that quote because the prog-rock category that Hammill and his band were always lumped into was exactly the kind of music The Sex Pistols and punk rock despised and rebelled against! I also believe Lydon was right. Peter Hammill is a genius. His sensitive, soul-searching, often angst-ridden, always intelligent songs have spoken directly to me for nearly thirty years. 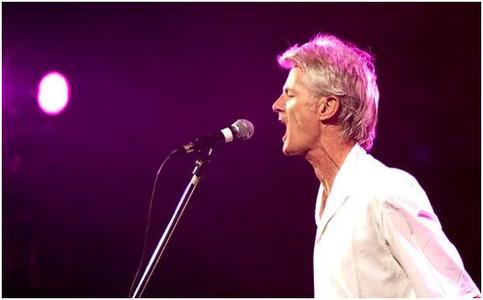 Peter Hammill
Many consider Hammill's voice to be the most distinctive element of his music. As a former Jesuit chorister, his delivery is invariably middle class English (rather than Americanized), and ranges in tone from peacefully celestial to screaming rants (which are nevertheless highly controlled). Singing in registers from baritone  to high falsetto, he growls, croons, shrieks and shouts in ways that have drawn comparison with the guitar playing of Jimi Hendrix.

I’m actually surprised that it has taken me this long to choose one of Peter Hammill’s songs to be the Happy Medium Song of the Day, but I can think of no better way to kick-off the new and improved HM Song of the Day delivery system than to feature “The Voice.” So without further ado, welcome to the debut of The Happy Medium Song of the Day website — today featuring Peter Hammill and the song, “Losing Faith in Words” from the album A Black Box. (Please use the comments box to share your thoughts.)