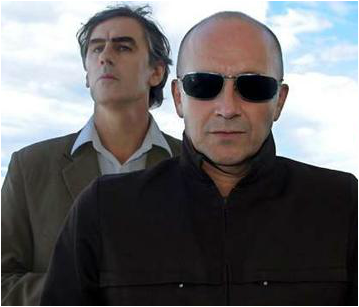 Robert Forster and Grant McLennan
Although I began the week by writing that Robert Forster and the deceased Grant McLennan should be regarded amongst the greatest song writing duos of modern pop music, I should probably qualify that comment. Interestingly, when you look at all the songs in the Go-Between's library, very few are credited to both men together. More often than not, song writing credits ping-pong back and forth between the two; almost like a contest to see who could contribute the most songs to any one album.  As Thom Jurek wrote online at allmusic.com:

“McLennan's contribution to both the Go-Betweens and to pop at large is inestimable. Though he and Forster were songwriting partners, they really didn't write together. Each had a separate voice and identity that were fused as a whole within the Go-Betweens; it created a tension and a balance that grounded the flightier Forster and spurred McLennan to loftier heights. McLennan spoke plainly, without metaphor or artifice within his songs, and wrote more pop-oriented material with tight, unadorned melodies. They were creative foils and inseparable friends even during the Go-Betweens' ten-year hiatus from 1990 to 2000. Forster's view of the world came from the point of view of a true aesthete, an unabashedly romantic poet whose words were filled with studied elegance from the European tradition. McLennan, in contrast, offered an Everyman's view: of love, loss, grief, reverie, and even survival, sung in a pleasant and convincing voice that was world-weary yet tender. His sensibility was closer to a country songwriter's than a European poet's. Still, while McLennan's voice and lyrics may have been plaintive, they carried authority in their grain and never failed to get to the meat and bone of the matter at hand.” 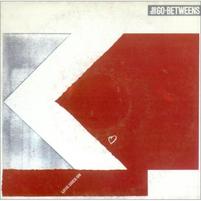 1988 saw the release of The Go-Betweens album 16 Lovers Lane, and with it their first commercially successful US single. I enjoy this album for all its polish as much as I enjoy the others for being so rough around the edges — all the while jam packed with luscious male/female harmonies, catchy melodies, hard-strumming acoustic guitars, and ten gorgeous songs about love. A culmination of sorts — the kind that typically marks a band's final musical statement. And so it seemed with The Go-Betweens who followed the release of 16 Lovers Lane with a 12- year hiatus during which both McLennan and Forster released a fine string of solo albums, and then… a reunion. Of sorts. The story concludes tomorrow. Until then, the Happy Medium Song of the Day is “Love Goes On!” — a Grant McLennan penned song from The Go-Betweens sixth album, 16 Lovers Lane. (Please use the comments box to share your thoughts.) 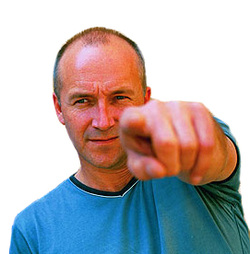