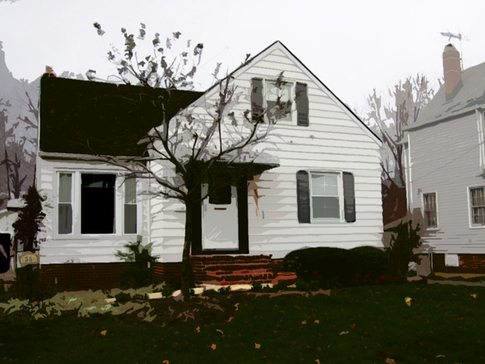 1356 Irene Road
Growing up at 1356 Irene Road in Lyndhurst, Ohio was, among many other things, a cozy exercise in space management. Seven people… four bedrooms… one television… ahh, those were the good 'ol days.

​For years I thought “high-fidelity” was my clock radio with a built in cassette player. I fell asleep listening to it every night. First it was badly recorded cassettes compiled from Top 40 radio "countdown shows," and then, simply the radio after I'd burned out the tape player's transport mechanism (because of course they had figured out how to make players that would automatically "flip" and play side two, but then it would just repeat the process in an endless loop until your subconscious notified you that it had heard Mungo Jerry sing "In the Summertime" for the fifth time that night and you blindly slapped at the off button in the dark until you connected with it). My bedroom measured about 10x10, but the dormered ceilings, two single beds, dresser and younger brother made it even cozier. Don't get me wrong. I'm not complaining. It wasn't until I visited a rich friend from high school that I realized some people could actually walk across their bedrooms. When I was a kid, as far as I knew, a bedroom was just a place where you slept, moped, read, and listened to music when the only thing on TV was Hogan's Heroes again.

In retrospect, it's amazing that my brother Joe enjoys music at all. Not only did he have to put up with my nightly "radio sessions," at an age where it probably made less sense to him that it did to me and I was trying to understand the stuff I was listening to ("Maggot Brain" by Parliament Funkadelic, "Grantchester Meadows," by Pink Floyd, etc.), but there was also nowhere for him to hide when I concocted the "game" where I wouldn't let him go to sleep until he had guessed the musicians responsible for two or three songs played on the radio each night. Correct answers earned him the right to play again, and incorrect answers, I think, earned him a punch in the arm. Failure to answer all of the evenings tunes resulted in getting stuffed into the narrow crack between our two beds — bad for a good night's sleep, but good training for Trivial Pursuit, Name that Tune, and becoming the most musically knowledgeable kid in grade school. 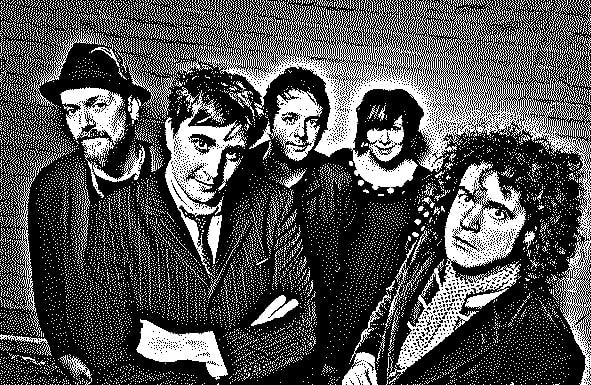 Art Brut
The Happy Medium Song of the Day makes me think of my brother. It's funny, brash, catchy, and memorable in spite of its self indulgence. It's all about music and discovering that out-of-control-noise in your head for the first time. Not just spoon-fed Top 40, but imports and b-sides and bootlegs. Joe would have easily guessed "My Little Brother" by the new British band Art Brut. And then he would have curled up and gotten a good night's sleep. (Please use the comments box to share your thoughts.)