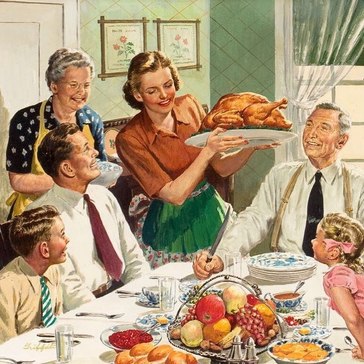 As we prepare to gather together with friends and family to celebrate Thanksgiving; a national holiday grounded in the principles of gratitude, kindness and acceptance of others, we mustn’t let the stench of irony overwhelm the comforting aroma of turkey coming from the oven.  We live in a country that has always taken pride in its patchwork population stitched together with travelers from around the world who have landed on our shores or crossed over our borders in search of sanctuary and freedom.  Lately, however, there seems to be a growing preoccupation with keeping people out instead of welcoming them in.  How can we be thankful, and yet forgetful of our own ancestral trees, rooted so deeply in immigration?  How can we celebrate the spirit of the Plymouth settlers as we roll out miles of concertina wire to welcome the arrival of road-weary men, women and children at our southern border? How can we participate in a tradition steeped in generosity and hospitality, while barring entry to the approaching caravan of migrants in search of a better life, refuge, and simply a place to call “home.”
In the spirit of the season, between the green bean casserole and the stuffing, I think it’s beneficial to acknowledge that we are all pilgrims en route to somewhere; be it Tampa or nirvana.  Indeed I believe it’s the very essence of what defines and unites us — not what we need to fear. 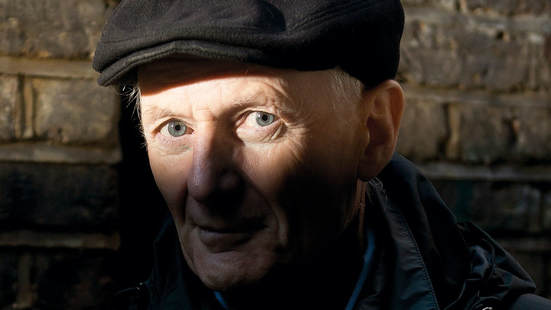 Peter Hammill
What I​ fear is the day Peter Hammill can no longer record music.  If I knew I was going to be stranded on a desert island for an indefinite period of time, I would definitely head straight to the “H” section of my CD collection and grab all 35 of Peter Hammill’s solo albums.  Next I’d head over to the “V” section and grab all 13 recordings made by his band, Van der Graaf Generator. (Yeah, I’d probably snag all my Genesis CD’s too ‘cause they’re shelved right before “H,” and U2 is conveniently lined up to the left of the V’s and The Who is just to the right… OK, we’re gonna need a bigger boat to get to this desert island.) Hammill turned 69 earlier this month, and even though he’s really begun to show his age, he shows no signs of slowing down his creative productivity.  That’s good, because no other artist speaks to me like he does.  In 1976, Hammill and his band Van der Graaf Generator released their 6th album, Still Life. It was a musical, spiritual, and philosophical revelation to me when I dropped a needle on it at 16, and it continues to inspire me to this day. The first track on the album is an achingly beautiful song called “Pilgrims,” which is why it’s the Happy Medium Song of the Day. Happy Thanksgiving fellow travelers!  (Please use the comments box to share your thoughts.)